Rebel MP Raghuram Krishnan Raju, who has been fighting for the YCP for two years after winning in the AP, has recently faced two more setbacks. YS Jagan, the leader of his party. Raghuram, who had earlier filed petitions seeking revocation of bail granted to fellow MP Vijay Sai Reddy by a CBI court earlier, was spotted yesterday. However, he did not seem to take it seriously. He is slow to say that he will go to the Supreme Court if the High Court does not want it to happen and file another petition against it. The reasons behind this are now being debated.

Despite winning the election on behalf of the YCP, Raghuram Krishnan Raju, who is fighting against his own party to prevent anti-party activities from going anywhere … is taking precautions at every step he takes. In particular, Raghuram pieces are moving with the aim of convicting CM Jagan and Vijay Sai Reddy as many times as possible in the courts. Raghurama, who had recently filed a petition in the CBI court seeking cancellation of Jagan’s bail three months ago, has since filed a petition seeking revocation of Vijayasaireddy’s bail. Jagan’s channel witness who broke the breaking news that Jagan’s bail was not canceled without stopping at all was taken to court. Now the dispute has reached the Telangana High Court.

YCP rebel MP Raghuram Krishnan Raju has faced a series of setbacks in the recent past. Jagan and Vijay Sai Reddy ‘s bail petitions were expected to get a positive verdict in the CBI court but to no avail. In anticipation of this, Corina was disappointed that the petitions had to be transferred to another bench in the High Court and stayed pending till then. With this, the fight against Jagan and Vijay Sai Reddy for the last three months seems to have come to a full stop

The rest of the fight with the YCP:

YCP chief, CM Jagan and MP Vijay Sai Reddy have filed a petition in the CBI seeking cancellation of their bails, but Raghuram Krishnan Raju is preparing to go back to the high court. The petition to be filed by Raghuram is also of interest as a series of petitions are already being filed in the High Court against the CBI court hearing in the Jagan piracy case. There is also a debate on whether to file separate petitions against Jagan and Vijay Sai Reddy. The verdict on the petition filed in the High Court is expected to continue the debate among the people of Raghuram in anticipation of the aftermath.

The reasons given by Raghurama in the petitions filed against Jagan and Vijayasaireddy are almost the same. The two are accused of using it to influence the case, contrary to their bail terms, as the power is in their hands. But the CBI, the investigating agency, has to find out what the two did against the terms and conditions given in the bail. But the CBI lawyers who are annoyed with the petitions filed by Raghurama here, have finally decided that they will not interfere and the court should take a decision. That’s where the case seems to have weakened. However, Raghurama filed a petition in the High Court challenging the CBI court’s permission for Vijaya Sai Reddy to go abroad. With this, there is a debate as to why Raghurama is missing CBI logic.

Did Raghurama reach the target?

On the other hand, there is talk that Raghuram Raju has achieved his goal as he wanted. This is because whenever Raghuram Raju filed petitions in the CBI court against the bail of Jagan and Saireddy, the CBI refused to intervene in the petitions and hear their arguments. Only then was Raghuram Krishna Raju able to withdraw these petitions. But he did not. Raghuram may not have thought that the petitions would have been decided in his favor without the support of the CBI, the investigating agency. But he went to the end of these petitions knowing that the CBI did not support him. At the last minute, however, the CBI filed a petition in the High Court saying it did not trust the court and tried for another sensation. Eventually he was spotted there. With this, Raghuram is now said to be appealing to the High Court against the CBI court verdict. He wants to go to the Supreme Court. With this, there is a debate as to whether the original Raghurama has reached his target or not.

Did you know before Raghuram?

There are several reasons behind the CBI court dismissing the petitions filed against Raghuram Raju, CM Jagan and Vijay Sai Reddy. One of the reasons for not being able to present strong enough reasons for the allegations made by Raghurama was the political allegations leveled against him by the respondents Jagan and Saireddy. Prosecutors say the petitioners, Raghuram Raju, have been fighting Jagan and the YCP for the past two years and the politics mentioned by Jagan and Saireddy in their arguments have led to the dismissal of the petitions. It is alleged that Raghuram knew in advance that the petitions would be dismissed, but that he was pursuing them only for political mileage. Now there are similar reasons behind saying that the High Court will go to the Supreme Court. It is rumored that he has the ambition to get as much political mileage as possible in this affair. 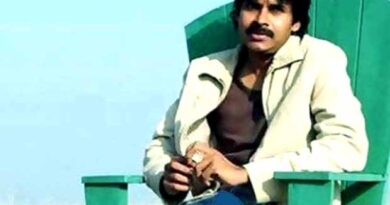 Full work of Pawan kalyan is going to take an advance for a new film? 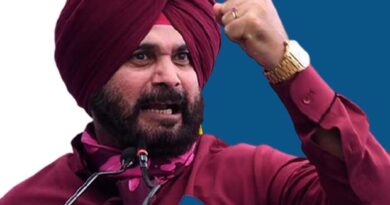 Softened Sidhu: Is it possible to continue as PCC chief without any new guarantees? Is corona penetration increasing due to 5G network?

Amarinder Singh’s new party- Will there be an alliance with the BJP?