The challenge before Etala is whether he will become another KCR or a leader he have met in the past like in the past. It’s time to dump her and move on.

KCR was once a largely unfamiliar name in Telangana, a few people in the state of Telangana when it was a joint state. Charisma is not a leader. It can be said that whenever he was the Minister of Transport before, he got some recognition after coming to the post of Deputy Speaker. After forming his own party, A few days worked in alliance with the Congress, which in this order became very popular with the special Telangana slogan. Telangana has been the Chief Minister twice, which is a well-known fact. However, the main reason for its popularity is the slogan of the struggle for the dignity of the soul of Telangana, where the struggle has been going on for many decades. It will not come Telangana state, got a very great name on the topic of achieving what he did it.

Criticizing the Andhra leaders for degrading their self-esteem, KCR today claimed that his colleague, a fellow Telangana leader who was his colleague, had insulted his self-esteem. What once humiliated KCR was the giving of the Deputy Speaker without giving the desired ministerial post. The same scenario happened to Etala Rajendra from the post when he came to the same post was insulting, Harish Rao agreed. But Etala did not stop, even devised a strategy to send. Now Eitala has finally announced his resignation from the party for the post of MLA. In the same context, they are preparing to go to the polls again.

The NEXT step of KCR’s resignation should be kept with the Speaker for a while and the people should not forget about this and hold elections, now that Kovid is running it will be decided by determining what he means.

Do the people of Telangana, who believe that Telangana is being insulted, believe when KCR insults the same Telangana leader and sends him out? And how much does the concept of self-respect help? It is now clear that people own.

If Etala wins in his constituency, it will be like KCR checking the aggression and the way he behaves towards his fellow leaders. It is a matter of what many think is that there is a tendency that the ideology of other leaders does not have much room for projection and that there should be no execution. In a moment of hunt for active working leaders

The question now is where the people of Telangana are in the struggle for self-respect? Is it a challenge between people and leaders here? This election struggle stands as a test for politics for the Telangana community. What are the challenges KCR will face if Etala wins the upcoming elections? If TRS party wins, the KCR administration will continue to flow for a few more days. 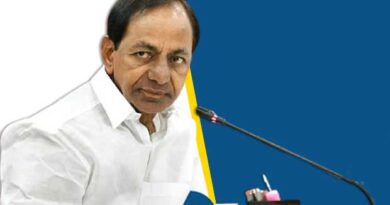 Fighting on assembly humiliation- Chandrababu into the people