The political heat that was born in Andhra Pradesh with the attacks on TDP offices is now about to reach Delhi. Former Telugu Desam Party chief and former chief minister Chandrababu Naidu will be in Delhi for two days from Monday. As part of this visit, there is a possibility that the situation in the state will be brought to the notice of the President and he will raise the issue of attacks on TDP offices with him and seek the rule of the state. With this, news is coming that the ruling YCP chief, Chief Minister Jagan, is paying special attention to Babu’s visit to Delhi. It seems that Jagan is going to take a key decision based on the steps taken by the BJP leaders after talking to Babu.

It is learned that Jagan is ready to distance himself from the BJP if necessary in the aftermath of the developments in Delhi. No matter what opportunity the BJP leaders give to Babu who is bothering himself, there are indications that Jagan will distance himself from the party altogether. It seems that Babu Prime Minister Modi, who is calling on the President as part of the Delhi tour, is also actively seeking the appointment of Union Home Minister Amit Shah. However, with the appointment of either of them, Babu is likely to change his attitude towards the BJP.

It is known that Jagan is indirectly supporting the BJP even though it does not have direct links with it at present. But on the other hand, in the case of state interests, Jagan does not receive any support from the Center. The non-funding of the Polavaram project, the backlog of bills and the privatization of the Visakhapatnam steel plant are troubling Jagan. However, in view of the state’s economic situation, Jagan is backing the BJP at the Center. Under these circumstances, there is a propaganda that Jagan can take a crucial decision only if the BJP acts positively towards his rival Chandrababu.

On the other hand, the need for BJP is not big for Jagan but the BJP needs Jagan. No matter how many seats the BJP loses in the coming parliamentary elections, it will need the support of the party. It seems that the decision of the elders at the Jagan Center to think about what to do in this context has been abandoned. Under the circumstances, will the party leaders react positively to Babu in the wake of speculations that the BJP will ally with the TDP in the coming elections? Or will Babu be shunned for continuing his association with Jagannath? All that remains to be seen. 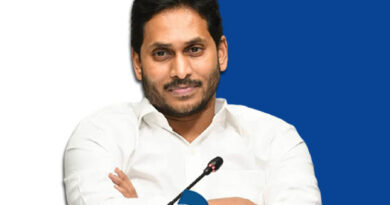 CM Jagan: The world that is holding the head ! What Does Hero Mahesh Do When a Movie Flops?