What to do when a movie flops. The heroes answer this very delicately. Successes are called natural. Is said to focus on another project. Mahesh, however, does not mention such film dialogues. Mahesh Babu seems to be very upset if a movie he has acted in is a flop. Unless the movie is playing, he says it himself.

“The movie flop is something that hurts me a lot. If the movie doesn’t play, I feel sorry for myself first of all. I feel responsible for the flop myself. I’m lost the money because of myself; I feel like the story would not have happened if I had not done OK. That’s why I do not come out of the room for 2-3 days if the movie is not playing. I do not put my flap on outsiders. I spend 2-3 days thinking about how to get out of the flop. ”

Mahesh reveals that the movie flop hurts him a lot. However, he said that he was successful due to such failures. As for the stories .. he declared that every decision was his own and at least his father was not involved.

“I never relied on outsiders. Every decision from the start of my career was mine. I never discussed my stories with my dad. I made my own decisions. Mistakes were my own. Confessions were my own. My son should be the same in the future. I would not support Wade.”

Mahesh says that he who recognizes failures in his career will be successful and the same has happened in his career. Recently this hero has launched a new movie directed by Trivikram. The film will start regular shooting from April. 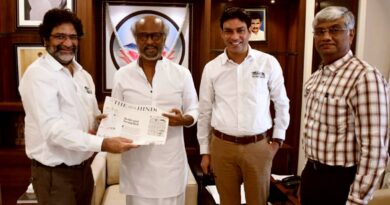