Rajasthan all-rounder Rahul Tewatia gave a gift to RCB captain Virat Kohli. Kohli was pleased with Tewatia’s batting and gave his jersey as a gift. Dear Rahul wrote “Best Wishes” on the jersey and autographed it.

In the T20 match between Rajasthan and Bangalore on Saturday evening, Bangalore beat Rajasthan by 3 wickets. During this time Kohli gave Thevatia a gift. In the match against Punjab, Rahul Tewatia, played was slow at first in a huge target chase, cursed the Royals fans. Tewatia played a lightning innings after the spin in Greece. Tewatia scored eight runs in the first nineteen balls, followed by 45 off twelve balls, The runs hit.

In Punjab bowler Sheldon Cutler hit 5 sixes in the 18th over. With which Thevatia became the star. Rahul Tewatia impressed in the match against Royal Challengers Bangalore on Saturday. He played a lightning innings against the Bengaluru bowlers effectively. He scored 24 off 12 balls with three sixes. However, in the chase, Bangalore won by 19.1 overs.

The victory was made easier with Kohli 72 Devdutt Padikkal scoring 63 runs. 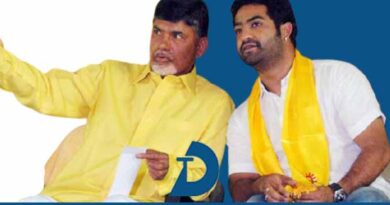 Is JNTR on fire again for TDP chief? The past Kuppam, Today Machilipatnam