Hyderabad / New Delhi: The KCR government has changed gears in the matter of grain procurement. The NDA, led by Prime Minister Narendra Modi, has intensified its attack on the ruling government at the Center. Concerns will follow. It was decided to hold protests in the capital. It was decided to continue the agitation in Delhi throughout the days when Parliament was in session. Parliament will boycott sessions from today. Protests will be held daily at the statue of Mahatma Gandhi on the premises of Parliament. TRS has formulated a future action plan accordingly.

Until the end of the meetings

The winter sessions of Parliament are currently underway. These will continue until the 23rd of this month. The TRS decided to boycott all these meetings. Instead, protests will be held at the statue of the patriarch Mahatma Gandhi on the Parliament premises. Wearing black badges, displaying placards, chanting slogans against the central government.

The TRS has eight Lok Sabha and seven Rajya Sabha members. Rajya Sabha MP B Prakash has resigned. The BJP-KCR government in power at the Center has been embroiled in controversy over grain purchases for some time. The Telangana government is demanding that the Center buy the grain. The center is making it clear that they have not bought anything. The TRS has decided to dry up the central government’s stance on the Parliament premises in the country’s capital.

Better a poor horse than no horse at all

The TRS felt that there was no better time than now as Parliament was in session. It is said that by boycotting the entire Parliament sessions the country will attract attention. With the recent decision of the TRS, the atmosphere of confrontation between the two parties seems to have intensified. The issue has already taken on a political color. These two parties are trying to demonstrate dominance. Congress also contributed to this. The attitude of both parties is wrong.

Adjournment of resolution in the Rajya Sabha

TRS MP K Keshavarao introduced the adjournment motion in the Rajya Sabha on the issue of discriminatory crop procurement policy of the Central Government and non-procurement of crops from Telangana. Insisted that this should be discussed and settled. It did not come up for discussion. Members of other parties, including the TRS, demanded the lifting of the 12-member suspension, and chants erupted in the House. The Chairman adjourned the House till 2 p.m.

It is learned that Chairman M Venkaiah Naidu has suspended 12 Rajya Sabha members who had insisted on debating the repeal of the Three Agricultural Laws Abolition Bill. TRS is also demanding that the suspension be lifted. Even then, the party members along with the Congress and other parties chanted slogans in the House. Pointing out the mistakes made by the Center .. Suspending is criticized as not democratic. Huzurabad Bypoll Results: BJP’s lead in the 166 first round-excitement until the end! 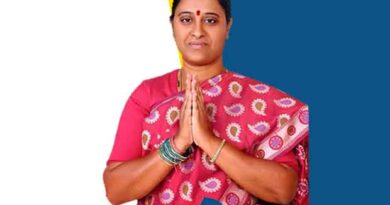