Fears over the impact of the Third Wave have been circulating in India since the Second Wave this year in the wake of the two-phase Covid19 epidemic. They are almost certainly coming true now. The people of the country are now in shock at the warning given by the Union Home Ministry in a recent key report to the Prime Minister’s Office that a third wave effect has begun across the country. They feel it is a thunderbolt on them just recovering from the second wave. Above all, the report warns that it is going to target children as expected.

The Covid19 pandemic began to have an impact on India. The effect of the Covid19 first wave, which began in March last year, reached its peak in September and then began to decline. The second wave started at almost the same time this year at a time when we feel we are recovering from this. This second wave, which broke out worse than the first wave, affected millions. Thousands of survivors flocked to Air. Still the second wave effect has not yet fully subsided. Beyond that, Third Wave fears have plagued the population for the past four months.

Third wave warnings have also started in India shortly after the start of the second wave in April this year. The Third Wave, in particular, created a situation where people had to be extremely supportive of the fear posed by the Second Wave. Not only this, with the help of Third Wave Fused and Second Wave warnings that children are more likely to be affected than adults. Parents of students are already baffled as to what will happen in the wake of state governments opening schools as the second wave has already subsided. Similarly, children are torn apart by not being able to sit at home or be sent to schools.

The latest report submitted to the Prime Minister’s Office by the National Institute of Disaster Management Panel, recently appointed by the Union Home Ministry, said that the outbreak had already begun in India. It is learned that the report submitted to the PMO by the Home Ministry panel also states in which states its impact has started and at what level. Covid19 The panel report revealed that a third wave was looming. This has led to growing concerns about the impact of the Third Wave in India.

To the flagship by October

The National Institute of Disaster Management panel appointed by the Home Ministry has warned that the impact of the third wave, which is currently underway in India, will gradually increase by September and reach its peak by October. While the third wave effect that has already begun is visible across the country, the panel has issued warnings that it is likely to have an impact across the country by September. Also, the panel report given to the PMO said that it is definitely going to reach the peak stage by October.

Target as a child

The National Institute of Disaster Management Panel of the Home Ministry said in a report to the Prime Minister’s Office that the Covid19 Third Wave, which is looming across the country, is definitely going to have an impact on children. The panel warned that the third wave was now affecting children to the same extent as the first wave and second wave had affected adults. It also issued warnings that the effect was going to be even greater as children were not yet vaccinated. It is therefore suggested that large-scale measures be taken to protect children. This further strengthens the argument that the Third Wave is going to be a child target. 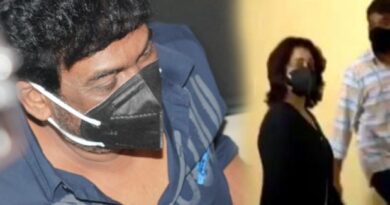 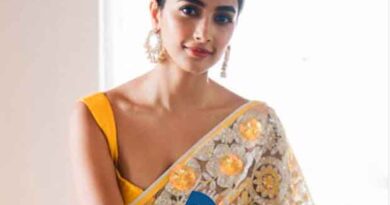 Pooja Hegde who has reached a pretty range for anyone…