Tara Sutaria will be singing for the Movie: A summary of the original Ek Villain movie, which featured Sidharth Malhotra, Riteish Deshmukh, and Shraddha Kapoor, is presented in the much-anticipated Ek Villain Returns teaser.

The people from the sequel are then gradually unveiled, and it is made clear that a murderer is still at large. The murderer goes after ladies who turn down their stalker’s advances.

As time goes on, it becomes clear that John Abraham and Arjun Kapoor are engaged in combat. The female stars, Tara Sutaria and Disha Patani, both have prominent antagonist portrayals showcased in the film.

Ek Villain Returns’ official trailer features shadowy characters and some eye-catching daring sequences and is dark and action-packed. While the film also provides some insight into the characters they are portraying, the teaser provides a peek of the chemistry between John Abraham and Disha Patani as well as Arjun Kapoor and Tara Sutaria. Tara’s portrayal of a rock star also is pretty obvious. Interestingly, the actress will sing in the movie, according to director Mohit Suri.

Speaking about the role she will play in Ek Villain Returns, Tara Sutaria said that rather than only being viewed as a “singer,” she will be considered as a “rockstar.” She said, “I did have some music prep, but I won’t say much about it because woh aapko baad mein pata chalega (since you will discover it soon),” when questioned about the preparation she undertook for the movie.

On the other side, she has also contributed to the film’s musical score, according to director Mohit Suri. “Tara is genuinely singing for the movie,” he claimed. She sings beautifully. Wow, this is a double whammy, I thought. It’s interesting to note that Tara started out in the entertainment business singing for Disney India’s Big Bada Boom.

Ekta Kapoor and Bhushan Kumar are the producers of the Mohit Suri-helmed movie, Ek Villain Returns. The movie, which stars Sidharth Malhotra, Shraddha Kapoor, and Riteish Deshmukh in the key roles, is a follow-up to the 2014 thriller Ek Villain.

Although the title and cheerful mask are reminiscent of the prelude, this second sequel stars John Abraham, Arjun Kapoor, Tara Sutaria, and Disha Patani in parts that are more subdued. The release date is set for July 29th. 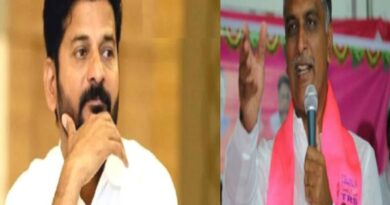 Harish Rao: Revanth Reddy can only talk, no action! 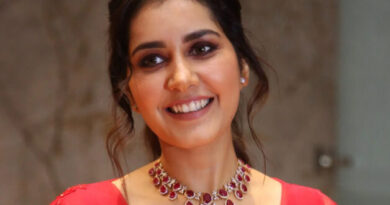