It is known that BJP leaders are complaining about KC not coming to welcome the Prime Minister. KC did not come to welcome Narendra Modi who arrived in Hyderabad on the 5th. The same thing is politically fueling fires between the TRS-BJP. In fact, when the Prime Minister comes to the state, the Chief Minister certainly does not have to give a warm welcome.

The Prime Minister should definitely be the only Chief Secretary, DGP in the program. Officials say the governor, the CM and all the ministers will attend if they wish or not. If not, it is an honor for the Chief Minister and Ministers to be present when the Prime Minister arrives, but it is a protocol. Officials say it is not customary or protocol for the chief of the house to receive the guest when he arrives at the house, as well as for the CM to receive when the prime minister arrives.

The reason why the governor receives them is because their appointment is in the hands of the Prime Minister. Governors are appointed by the President, but the recommendations are made by the Prime Minister. That is why there will definitely be governors when the prime minister comes. Clarity came with Talasani’s statement that had deliberately beaten KCR for the PM’s program.

It turned out that all that KCR had been told was a fever was just an excuse. Talasani seems to have thrown up the gauntlet that KCR did what he was supposed to do for hitting and we have to see what the BJP do. 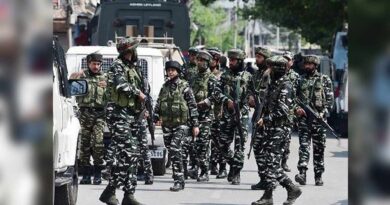 Gunfight breaks out in J&K’s Shopian