Panasia Biotech Sputnik Lite, which has entered into an agreement with the Russian Direct Investment Fund, has sought permission from the Drug Control General of India for emergency use. The price of the vaccine is estimated at Rs 750. The Sputnik light vaccine was jointly developed by the Gamalea Institute in Moscow and the Russian Development Investment Fund.

The single-dose vaccine showed 93.5 percent efficacy in Paraguay, RDIF said on Wednesday. RDIF head Kirill Dimitrov said that Russia had shown an efficiency of 79.4 per cent when it received emergency utilization authority in May. The medical journal The Lancet also reported that the Sputnik vaccine was 91.6 percent effective. Sputnik Light vaccine trials have been held in 10 countries. These include Russia, UAE and Ghana. The Gamaleya Center says the vaccine works effectively on some variants.

Leading virologist Dr Gagan Deep Kang on the vaccine said there would be no problem if the vaccine was approved with effective data. He said the vaccine was likely to be completed soon as it was a single dose. The impact of the corona virus is greatest this summer. The corona impact was greatest in the summer of last year. This time the second wave caused the youth to fall. There is a campaign called Thirdwave for children. Experts say that next month. Concerned neo-hippies and their global warming, i’ll tell ya. On the other hand, it is also said that it will be the fourth wave in the summer of next year. This means that the corona is 5,6 years old.

Doctors suggest that the fungal impact decreases with the onset of the rainy season. Black fungus impact has been seen so far. All in all, you have to live with Corona so you have to wear a mask as a duty you have to go for a long time while writing the sanitizer. Experts say the booster dose vaccine should be taken in addition to the two doses. Currently though everyone is being given a second dose. If this is done it will be as if most people in the country have taken two doses. Experts also recommend taking a booster dose. The central government has not announced a policy decision in this regard. Decision has to be made. This Delta variant is causing concern. The World Health Organization says the Delta plus variant is even more dangerous. This should be more armored for the corona. Experts say appropriate precautions should be taken. 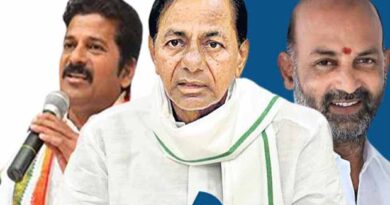