Before going to bed in the womb .. Before birth .. Untouchability, a race subject to inequality .. Dalit race. YS Sharmila said that the society had underestimated the Dalits by not allowing them to enter the village, to stay in the Dalit village outside the village, not to enter the temple, not to drink water from the well, to knock on the door, to sew sandals and to work in Safai. She was the chief guest at the Dalit Bheri Sabha organized by the YSR Telangana Party in Nallagonda district, Tungaturi constituency, Thirumalagiri. Dr. Ambedkar is a great man who fought for untouchability and gave his life for equality. Baba Saheb Ambedkar is a great man who fought against the inequalities in the society and showed a way and direction to the future generation. Not the opinion of a majority community .. The opinion of non-majority communities should also be taken in some cases .. They should be valued, because that day is enshrined in the constitution .. He reminded that today Telangana is possible.

KCR has become accustomed to injecting poison after elections. When the elections come, the Dalits will come to a standstill. After the election, he grabs their hair and plays. During the seven years of KCR rule, there was no deception that was not done to the Dalits. Shame on all sorts, cheated. He continues to deceive the Dalits every day from the Dalit Chief Minister to the Dalit relatives. One .. Two .. If you can not listen to the scams of the Ramayana Ramayana Mahabharata. Did you give three types of land ..? Is there a double bedroom house ..? Nope. Are SC and ST sub-plan funds being spent only for them ..? YSR is in favor of SCs and STs in every respect. KCR‌ .. is cheating SCs and STs in all ways. Dalits are not at least seen as human beings. Dalits are not worth it. At least Ambedkar, who wrote the constitution, did not even count for KCR.

Dr. YSR designed to save lives by avoiding irrigating millions of acres. The project was named after Dr. BR Ambedkar’s Pranahita Chevella Sujala Sravanti project. However, KCR redesigned the project as Kaleshwar and called it Kaleshwar Lift Irrigation, but cleverly removed Ambedkar’s name. Ambedkar will erect a 125-foot statue at Hussain Sagar in Hyderabad. Kattada ..? It has been over five years since the statue was erected. Can the statue be seen by anyone ..? He will provide three types of land, first year investment assistance and water supply to every Dalit family. He said he would give three acres of land to three lakh Dalits. Not three lakhs .. Has it been given to 300 people ..? Or given to 30 people ..? If you dare, KCR should answer.

Will life be settled if Rs 10 lakh is given to the family? Instead every Dalit family should be given a job. If 91 lakh vacancies are filled .. 35 thousand of them will be jobs for Dalit children. KCR has said that Dalits will be made businessmen in 2018 and not a single one has been released. He cheated by saying that he would give a pension to those who beat and sew sandals. All the funds due to the Dalits were squandered. These rulers have no love for Dalits. Opposition parties also despise Dalits. A BJP leader coming to Dalit Vada means creating clashes among Dalits which means it is only for three votes. Atu BJP, Itu TRS .. These two parties are cheating the Dalits. During their reign the Dalits were left without protection. The Congress party has also done injustice to the Dalits. Sharmila said he was not fighting on the side of Dalits. 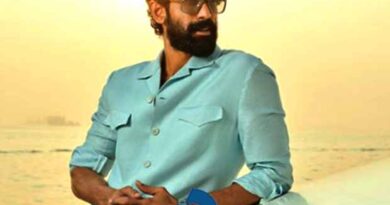 Will Big Boss show host is the RANA Daggubati ? 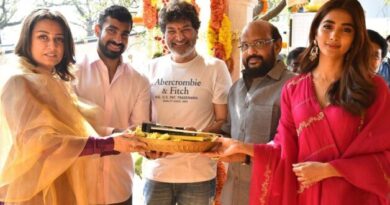 #SSMB28, Who Is The Second Heroine? In Pics: Jalsa Beauty “Parvati Melton” Sizzles In A Monokini