Mega power star Ram Charan. Most importantly, he excels in acting, dancing and fights. With this he continues to make films upon films with double enthusiasm. Now, Charan, who has taken a lot of gap in recent times, has decided to make as many films as possible. As part of this, another project was started with the iconic director Shankar before the release of the two films.

Charan is ready with two movies

Mega power star Ram Charan has already co-starred with NTR in RRR (Roudram Rudhiram Ranam) directed by Rajamouli. Emerging as the biggest multi starrer movie in the history of Tollywood, he is playing the role of Alluri and Tarak Komaram. Apart from this, Charan also played a key role in ‘Acharya’ starring Chiranjeevi in ​​the direction of Koratala.

Huge movie with a legendary director

Before the release of RRR, Acharya, there was a lot of talk about Ram Charan’s upcoming film. The names of many directors also came to the fore in this order. But, unexpectedly, he announced that he was doing a film with legendary director Shankar. Dil Raju is producing this movie on a huge scale under the banner of Sri Venkateswara Creations.

Shankar cinema means a long journey. However, he had already planned everything for the film with Charan. Also, the casting was completed before the launch. Jayaram, Srikanth, Sunil and Anjali have already been selected for this. Also, Music Thaman has selected Kiara Advani as the heroine.

Poojas for the film, which is being made by Ram Charan and Shankar, were held in grand style. Bollywood star Ranveer Singh and Rajamouli were the chief guests along with the film unit. With this it became a trend at the national level. It is learned that the film has already completed some shooting.

Director Shankar has changed his tune and is moving forward for his upcoming film with Ram Charan. He completed the pre-production work faster than ever before .. He took it very seriously. In addition, the latest news leaked that the film is being screened with a story given by someone else for the first time.

Director was disclosed himSelf

It has been 30 years since Shankar started his journey as a director. During this long journey, except for one ‘Nunban’ movie (Three Idiots remake), no other films were made with their stories. But, for this movie, Kollywood young director Karthik Subbaraj provided the story. With this, it can be said that this movie is going to be very special.

However, in a recent interview, Karthik Subbaraj revealed that the story of this movie is his own. ‘Shankar – Ram Charan is proud to be a part of this film. The desire to work with this legendary director is still there, ‘said Karthik Subbaraj. Will Ambati and Roja Get Ministerial Posts? 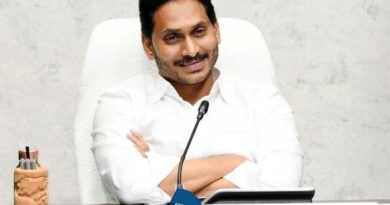 Jagan is the Reason for the Delhi tour -Who are you Meeting?