All the movie lovers in the Telugu movie industry have been waiting for a long time for some combinations. There are a lot of such combinations in Tollywood. Most importantly, superstar Mahesh Babu is one of the most wanted. Director Rajamouli combination is one of them. The two are about to make a movie, opening up to the long wait. Rajamouli and Mahesh Babu have already clarified this. In this context, interesting news about this project came out recently.

Mahesh Babu is like that  Super star Mahesh Babu has been receiving hits like Rajamouli for many days in a row. With this enthusiasm, he is now making a film titled ‘Sarkaru Vari Pata’ under the direction of Parashuram. Also, Rajamouli is now screening RRR. Ram Charan and Junior NTR are acting together in this huge movie. It will be released with Pan World Range.

Mahesh Rajamouli Combo Rajamouli, who has grown into a top director in film India, announced last year that he was doing his next film with Mahesh Babu. He also mentioned that it is going to be built by KL Narayana. However, he did not make any statement about the background of the film. This has led to many rumors. All in all the fans are excited about this.

As he was the most weighted combo in charge of those responsibilities, the expectations of the audience on this project were huge. It is rumored that the story of the film is being made accordingly. Jakkanna handed over the responsibility to his father Vijayendra Prasad. He has been working on this movie story for many days. He himself said this in the meantime.

MaheshIt is known that a lot of news about the upcoming project in Rajamouli Combination is going viral. Most importantly this movie story is like this a few lines have already come to the screen. There are many rumors that it will be based on a sci-fi story with a story from the time of the kings and an adventure story.

In fact, Mahesh Babu Rajamouli’s upcoming film is expected to start in the second half of this year. But, the project is also being delayed as the RRR has been postponed due to Corona. In this context, according to Rajamouli, Mahesh Babu is said to be making a film with Trivikram. As soon as it is done it starts.

It has been rumored for a long time that another star hero will be starring alongside Mahesh Babu in this ambitious project. The names of many heroes also appear on the screen in this order. Also, it is said that the villain is the star hero. Recently, a news tribe went viral in this regard. 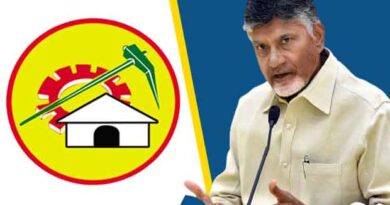 To fight as an anti-Modi team?