The all-powerful Congress party, which is vying for power in next year’s assembly elections in UP, is freshly making key promises. Congress leader Priyanka Gandhi, who has already promised to allot 40 per cent seats to women in elections, gave another key assurance today. That assurance given by Priyanka Gandhi in a way that no government in UP has done in the past is now being universally debated. Priyanka has also given the assurance that the YCP government is already implementing in the AP.

Congress fighting in UP

Next year’s assembly elections in UP, one of the largest states in India, have become a lifeline for the ruling BJP. The BJP has swept UP in the past. This time, however, it is facing strong public opposition. With this, the Congress party, another national party, is working hard to replace the BJP. The Congress, which lost power in UP decades ago, is on the verge of a resurgence. Against this backdrop, the Congress party, especially Priyanka Gandhi, is taking the Assembly battle in UP next year with pride.

It is now imperative for Priyanka Gandhi to take aggressive decisions to keep the Congress party in the lead in the UP Assembly elections and win the minimum number of seats. With this she is going there in moments no matter what the problem is in the state. With a series of tours the Yogi is doing Sarkar without a squint on the eye. At the same time throwing a series of challenges to rivals with new guarantees. Along with the BJP, parties like SP and BSP are also closely watching Priyanka’s footsteps.

In UP, where caste influence is high, winning the equations there is not due to the Congress party. Under the changed circumstances, the Congress party, which lost power decades ago, is finally having to work hard to retain control of bastions like Amethi and Raebareli. In 2019, however, Congress leader Rahul Gandhi also lost. With this the Congress party changed its strategy. Now this strategy is behind the new promises that Priyanka is announcing in a row. Recently, Priyanka announced that her party would give 40 seats to women in this election. After that it now gave another key guarantee.

Priyanka Gandhi is formulating new strategies to keep the Congress party alive in UP. Medical facilities in UP, which has the highest population, are scarce. This is the reason for the failures of Yogi Sarkar during the corona in the past. With this, Priyanka has now targeted it and announced a free medical guarantee for the poor. Priyanka Gandhi has given a key promise that if the Congress comes to power in the coming elections, it will provide free medical care at a cost of up to Rs 10 lakh each. With this, the Congress guarantee is now becoming a topic of discussion in the UP parties.

Priyanka on the way to YS Jagan

YS Rajasekhar Reddy, a former Congress chief minister in the AP, made free medicine available after the 2004 elections. It was implemented under the name of Rajiv Arogyasri. It received a good response. YS played a key role in coming back to power with schemes like Arogyasri out of the hope that the Congress would finally win the 2009 elections. With this, the Aarogyasri scheme is still being continued by YS’s son Jagan and the CMs and Telangana CMs who had earlier worked for the joint AP. Now Priyanka is also preparing to go to the polls with the promise of free medical treatment in UP.

blamed on YSR and now his schemes are in UP

During his reign, large-scale medical facilities were made available to the poor. Thousands of operations in particular were performed free of charge for the poor. With this, the people voted for him once again in the 2009 elections. But after YS’s death, all the Congress party leaders started campaigning against him. He was criticized for robbing hospitals in the name of health. Congress leaders have received criticism from the TDP in the past. Now the Congress party is preparing to implement the same scheme again in UP in another form. 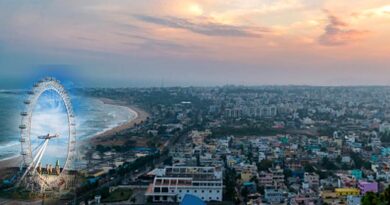 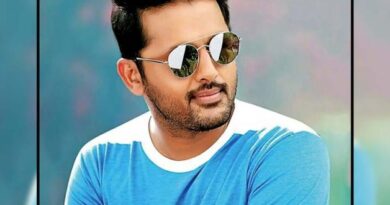 It’s A Happy Feeling To Get Such Huge Openings: Nithiin 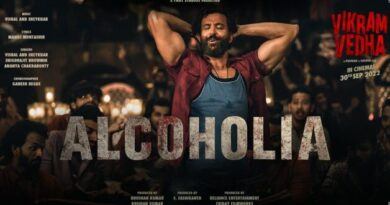