Modi and Joe Biden will hold key talks amid developments such as the US denying India’s large-scale purchase of fuel from Russia and India’s neutrality in the Ukraine war.

At a time when world politics is changing in the wake of Russia’s war on Ukraine, the sector is gearing up for a crucial meeting at a time when Prime Minister Modi is declaring that India stands independent in the face of superpowers. Indian Prime Minister Narendra Modi will hold key talks with US President Joe Biden amid developments such as the US denouncing India’s large-scale fuel purchases from Russia and India’s neutrality in the Ukraine war.

US President Joe Biden and Prime Minister Narendra Modi are scheduled to meet on a virtual Monday policy. The two leaders will review bilateral cooperation, as well as recent developments in South Asia and the Indo-Pacific region, as well as global issues, the State Department said. The meeting in the wake of the Russia-Ukraine war was a priority.

The ministry said the virtual conference would further strengthen the bilateral and strategic partnership between the two countries. Modi said a meeting of 2 + 2 ministers would be held before Biden’s meeting. Defense Minister Rajnath Singh, Foreign Minister Jaishankar, US Secretary of Defense Lloyd Austin and Foreign Minister Anthony Blinken will attend the meeting.

However, the White House said in a statement that Biden would hold a virtual meeting with Modi. The White House secretary said the two leaders would discuss mutual cooperation and other issues. In the wake of the US’s repeated warnings to India not to buy oil from Russia, it seems that India will once again clarify its position during Monday’s meeting. 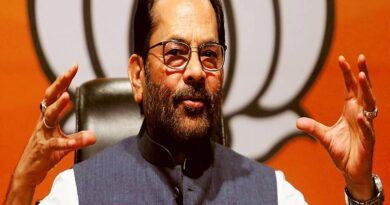