Prashant Kishore is a name that is widely heard every time there is an election atmosphere in the country. After working as a political strategist for the ruling YSR Congress party led by Chief Minister YS Jaganmohan Reddy in the AP .. the demand for this name has further increased. After the release of the results of the West Bengal Assembly elections .. Prashant Kishore has emerged as an unstoppable political strategist.

No matter how ambitious the Assembly elections in West Bengal are, the Bharatiya Janata Party (BJP) is not wrong in predicting that Prashant Kishore will cross the double-digit mark. After that, there were rumors that he would once again enter direct politics and work against the ruling BJP-led NDA alliance at the Center. Eventually, the campaign to get him to join the Congress party intensified.

On the news of joining the Congress:

Prashant Kishore is expected to play a key role in the All India Congress Committee. He was expected to join the party as soon as he met Congress chief Sonia Gandhi. Over- Assembly elections are coming up in five states next year. Key and largest states like BJP-ruled Uttar Pradesh, Gujarat and Uttarakhand are facing elections. There are also speculations that Prashant Kishore will sharpen his political tactics to defeat the BJP.

None of those news, predictions, analyzes look any different to the actual situation. Prashant Kishore .. His Indian Political Action Committee has launched a campaign to join the Congress party .. I-Pack. Prashant Kishore has made it clear that he will not join the Congress. He said he had never worked as a political strategist for any party. He also said he would stay away from next year’s five-state assembly election.

Prashant Kishore has said he will abide by his announcement that he will take a break after the West Bengal Assembly elections. According to sources, Prashant Kishore will not take up any assignments till March next year. An article on this was published by IndiaToday. Prashant Kishore has made it clear after the West Bengal Assembly elections that he will take a temporary retirement from politics, in line with which he is not currently involved in election surveys and other activities.

On behalf of the Socialist:

According to India Today, Prashant Kishore’s close aides have made it clear that he would be quick to comment on his future plans. During the Assembly elections in five states, including Uttar Pradesh, Prashant Kishore .. Staying away from political tactics is taking precedence. During the Uttar Pradesh elections, there were rumors that he would work for Akhilesh Yadav and the Samajwadi Party.

In fact, it has been reported that he is working for the presidential election and is trying his best to win over Nationalist Congress Party leader Sharada Pawar. He also met Sharad Pawar. At the same time, the campaign to bring the UPA to power during the 2024 Lok Sabha elections and work on behalf of the Congress party to make Rahul Gandhi the Prime Minister was in full swing. It has also been reported that he will join the Congress for this. 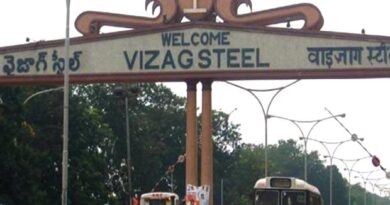 Huge Demand for Vizag Steel: Gujarati Company Entry to the Plant at the Center? Actress Sneha Still in the Rain- Do you know her age ..!