The Jagan government, which used to distribute all the money and distribute welfare schemes, is now in debt to all and sundry. Department of Health due to scarcity of funding take trouble. The infrastructure or medical sector has become miserable. The shortage of oxygen, medicines and beds has become fatal. The central government, on the other hand, blames all the failures on the state governments. Jagan, who has arranged a cabinet meeting, is reported to have taken the current Kovid situation seriously.

No one has questioned Jagan’s sincerity, but he must have questioned the discrepancies heard in the process of implementing the decisions taken at the meeting. Important things in cabinet decisions, should I say a few words about things that attract investment?

Doubts have been cast on Amul’s decision to hand over the entire state dairy industry to the company. If there is a suspicion of corruption in co-operative societies, investigations can be carried out. But here comes the accusation that the plan is making inappropriate decisions to benefit certain companies strategically.

It is true that in the past, some decisions taken by the Chandrababu government in favor of the heritage company sidelined state diary affairs and closed some diaries.

The issuance of orders by the authorities to sell their milk only to Amul would put pressure on the dairy farmers and lead to abuse of power.

In fact, Amul seems to be paying two to three rupees in addition to the existing rate in the market. facts to be Jagan should know how strong the dairy industry is in passing it on to Amul. He and his administration as a whole are failing to explain the decisions he makes to make such decisions understandable to the public.

During the reign of Chandra Babu, a number of decisions were taken as part of the drive to encourage investment. Some have yielded good results while others have become the focus of controversy. For example, if Lokesh, as an IT minister, gave the green signal to 24 companies, he would be happy to tell them how many companies are real, what their history is and where they are now. No one here is saying that privatization is wrong. This is not to say that all decisions taken by the government are wrong. But there also seems to be a tendency to privatize the education sector. There is no record of thinking about how serious the consequences of such decisions can be, except to come to the conclusion that quality education can only be provided by private institutions.

If you look at all this, it looks like a situation where everything is done privately with the help of government funds. Government Looks at the Hand for years on how to hide the deadly situation caused by Covid 19. Now put the curfew and announced that it was relaxing from 6 o’clock in the morning to 12 o’clock. Why don’t people think about how dangerous it is if they spend the morning alone on the road? What if the control of the pony corona was also given to any private person and his hands were shaken? Pradesh as Private Limited? 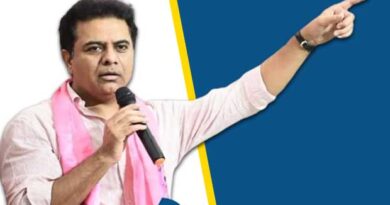 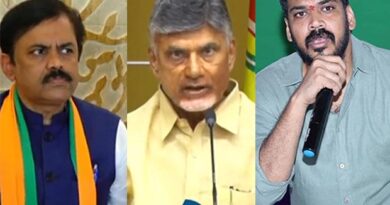 Annamayya project: Chandrababu in the middle of YCP versus BJP?