Many girls are being introduced as heroines in the Telugu film industry. However, only a few of them have earned the fame and name that they deserved with the first film. Payal Rajput, a Punjabi sweetheart, is one such person. She has gained a remarkable recognition in a short period of time by entering into Tollywood, is showing air by accepting offers in a row.

As a result, she became a busy heroine in Telugu. At the same time, the Payal Rajput tribe is making a fuss on social media. As part of this, she recently shared a video taken with her boyfriend.

Payal was introduced as a Rajput heroine in Punjab many years ago. Entered Telugu with RX100 movie. The film, which came with bold content, was a hit with her liplocks and glamor show. It was a hit and Payal had a good reputation.

Payal Rajput, who is the focus of Yama with the first movie, will get offers in Telugu. During this time she acted in many movies like ‘RDX Love’, ‘Venki Mama’ and ‘Disco Raja’. She also starred in the OTT film ‘Anaganaga O Atithi’ as well as the series ‘Three Roses’. Also, she has done many special songs and impressed.

Payal Rajput .. is also enjoying his personal life very much. The reason for this is that she runs Love with an actor named Saurabh Dingra. He has been reunited with Payal since he lost his mother last year. With this, the couple stays in the same house before marriage. Meanwhile, Saurabh was introduced as a hero in ‘Three Roses’.

Payal Rajput recently shared a video on his Instagram account. In it, she was shocked to see her boyfriend Saurabh Dingra putting on make-up. In addition, she said, ‘I became a hair and makeup stylist’ for her boyfriend. The response to this video has been overwhelming. With this it is going wildly viral. 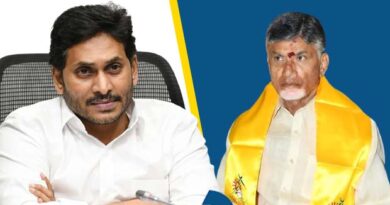 Will Chandrababu have an impact on Delhi Tour on Jagan?