Abhinav Bindra won a gold medal at the 2008 Beijing Olympics and Neeraj Chopra became the second Indian to win gold in the individual event. This is the first time in the history of the Olympics that India has won a gold medal in athletics.

Celebrations in Haryana with Neeraj Chopra winning the gold medal are in full swing. He was born in Kandhara village in Panipat district of Haryana. Neeraj, who was studying at DAV College in Chandigarh, was selected for the INDIAN Army at an early age currently serving as a Subedar in the Indian Army. Neeraj, who made history by throwing 88 .06 meters in the javelin throw finals at the 2018 Asin Games, became a one-time hero by winning gold. The 88 .06m show was his best ever performance.

Neeraj Chopra 86, who later excelled at the 2018 Commonwealth Games He threw 47 meters and once again won gold and caught everyone’s attention. This is just the beginning – KCR warnings in Mahadharna! 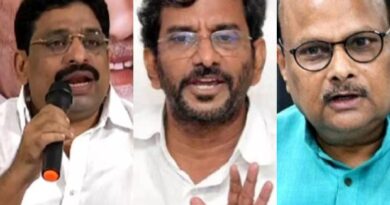 TDP leaders fire on AP government: State has no revenue except debts?