Marvel Cinematic Universe seems to be running out of the steam gradually. It could find new talents to bring the mighty comic book heroes into the films grounding their emotional battles while following the comic book storylines. Captain America seemed a real warrior who could be produced in a lab. Ironman seemed like a believably talented billionaire. Thor though did not find that connection until Taika Waititi made his universe more funny and quirky. Ragnarok had imaginative stunts and moments that made it more memorable. Can the man turn the tide for MCU again with a solid Thor film? Let’s discuss…

Gorr (Chirstian Bale) is a true believer. He travels miles with his daughter to find his deity and ask him to revive his dying/ dead daughter. But deity smiles at him and a God Butcher sword, Necrosword, attracts Gorr towards it. He wields and acquires dark powers but gets cursed as well. Thor (Chris Hemsworth) with Guardians of Galaxy starts saving the Universe. Thor works on his body and gets back to shape but walloping in sarrows he distances everybody from him. He returns to New Asgard on earth after Sif (Jaimie Alexander) looses her hand in a battle with Gorr. Peter Quill aka Star Lord (Chris Pratt) recognizes Thor’s loneliness and asks him to find a moment to love and feel the emotion or pain again.

Meanwhile, Jane Foster (Natalie Portman) looking to survive from cancer Stage 4, feels a connect with Mjolnir. The mighty hammer re-assembles for her, she wields it to become Mighty Thor. Valkyrie becomes King of Asgard and it turns out to be messy place to handle. Gorr lures shadow monsters to kill Asgardians. Thor comes to the battle in the nick of the time and Gorr unable to battle with Valkyrie (Tessa Thompson), Mighty Thor and Thor together at a time, kidnaps children of Asgard. Thor has to request Zeus (Russel Crowe) to join him in his quest to bring back Asgardian children. What happens next? Watch the movie to know more …

MCU twice suffered with fatigue. But it offered variety in the form of dark comedy, road movie, Galactic adventure and several other films by re-inventing itself. First time is with Ironman 2 and Thor being too generic films. Next time with Ironman 3 becoming global blockbuster but critically panned and Avengers: Age of Ultron becoming weakest film at that moment from MCU. Re-invention in the form of Guardians film and stronger Captain America film, Black Panther helped it to become this jaggernaut that produces worthy film after film. It seems to have again hit bricks.

Dr Strange Multiverse of Madness came with huge expectations and it did not fulfill them. Thor Love and Thunder did not create similar hype and it seems to have become just a necessary for fans to watch. Taika Waititi who re-invented Thor with Ragnarok directed this film and the buzz that Mighty Thor would appear died down with trailers. In the film, the writing seems more like the director did not spend much time on it. The jokes felt too flat and some scenes felt like parodies than serious characters having funny quips at each other. It seemed like they are trying too hard to crack a joke when it is not needed. Movie suffers with less thrilling fights and over simplified storyline and less threatening villain. Completely underwhelms you. 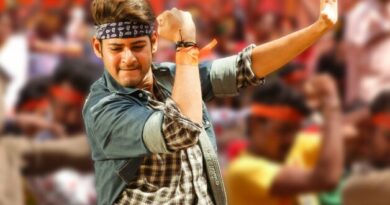 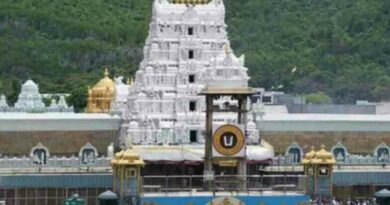 Do not wear signs of other religions, party flags: TTD to devotees