This is Banerjee’s second visit to the national capital after the solid victory of Mamata Banerjee’s Trinamool Congress party in the 2021 West Bengal Assembly elections. This is her first visit to Delhi after defeating her nearest rival Priyanka Tibrewal of the BJP in the Bhabanipur by-election on September 30 to retain her chief ministership. West Bengal Chief Minister Mamata Banerjee’s meeting with Prime Minister Narendra Modi is a priority in the run-up to the November 29 parliamentary session.

Bengal CM Mamata Banerjee has made her mark politically as many politicians from various parties, including the BJP, have joined the TMC. In this context, Mamata Banerjee’s recent visit to the capital, especially her meeting with Prime Minister Narendra Modi, has taken precedence. Several prominent BJP leaders have joined the Trinamool Congress party, including former national vice-president Mukul Roy and Union cabinet minister Babul Supriyo. In addition, the TMC won a landslide victory in the recently concluded by-elections by gaining traction in the Dinhata and Santipur constituencies previously won by the BJP. With this, the strength of the Kashaya Party in the West Bengal Assembly fell from its original 77 to 70, while the strength of the Trinamool Congress increased from 215 to 217.

West Bengal Chief Minister Mamata Banerjee, who is interested in meeting Modi today, has recently intensified efforts to strengthen her party’s presence in Tripura and Goa. Mamata Banerjee is campaigning extensively in both the states where the elections are to be held. The Bengal CM is continuing his visit to Delhi to mobilize the Opposition to defeat the BJP in the 2024 Lok Sabha elections. However, the meeting between Prime Minister Narendra Modi and West Bengal Chief Minister Mamata Banerjee is scheduled to take place today.

On the scope of the BSF, on central funds, on the Tripura violence incidents

Talks with Modi It seems that they will discuss the Border Security Force (BSF) jurisdiction issue. As the Center expanded the scope of the BSF, it further heightened tensions between the West Bengal government and the Center. Ahead of her visit to Delhi, Mamata Banerjee said she would discuss the BSF issue with Prime Minister Narendra Modi. She said she had taken an appointment with Prime Minister Narendra Modi to discuss the BSF issue and other development issues in Bengal, as well as central funding and political violence in Tripura.

The West Bengal Legislative Assembly on November 16 passed a resolution opposing the Centre’s decision to extend the BSF’s jurisdiction from the state’s international border to 15 km to 50 km. West Bengal became the second border state to adopt such a resolution after Punjab. The BJP-led central government has amended the BSF Act to increase the range of central forces in West Bengal, Punjab and Assam to 50 km. This was strongly opposed by the Government of Bengal. Hero Nani in support of Pawan on Twitter: Request to CM Jagan! 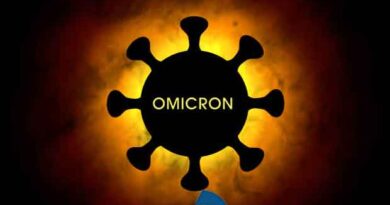 Covid-19: What precautions should be taken to avoid getting an Omicron variant?