Chief Minister Mamata Banerjee has been playing a key role in national politics since coming to power in Bengal for the third time in a row. His party is gearing up for expansion. Strategies are being implemented for expansion in many areas. Mamata Banerjee, who is on a visit to Delhi, met Prime Minister Modi. Didi’s remarks when asked if he would later meet Congress chief Sonia Gandhi were politically significant.

Why to meet Sonia

“Why should I meet Sonia every time? Is it not a constitutional duty?” They all commented that they were busy with the Punjab election issue. This shows that Didi is not ready to join the Congress anymore. Mamata, who targeted BJP and Modi, now seems to want to stay away from the Congress as well. For a few days now, Mamata has been making strides towards expanding her party in Goa and other northeastern states. As part of that, several leaders were invited into the TMC.

Additions for strengthening the party in many areas

The TMC was joined by Luizinho Falero of Goa, Abhijit Mukherjee, son of the late President Pranab Mukherjee, daughter of former Congress MP Sushmita Dev from Silchar and daughter of late Congress leader Santosh Mohan Dev. Meanwhile, Mamata has signaled that she is ready to co-operate with the Samajwadi Party in the Uttar Pradesh elections, which are becoming more ambitious for the BJP. He said Akhilesh was ready to provide time if needed to defeat the BJP in Uttar Pradesh.

Towards key negotiations in Maharashtra as well

In the same way Mamata gave indirect signals on Maharashtra where the coalition government was going on. Didi will leave for Mumbai on December 1. The Bengal CM, who is going to attend a business summit there, will also meet CM Uddhav Thackeray and Sharad Pawar at the same time. Meanwhile, Mamata will travel to Varanasi, which is represented by Prime Minister Modi. There the Kamalapati Tripathi family joined Trinamool a few days ago.

Laliteshpati Tripathi, grandson of former UP Chief Minister Kamalapati Tripathi, is a former MLA and Laliteshpati Tripathi is a former Uttar Pradesh Congress president and MLA. Mamata’s decision to go to Varanasi now for them is also a harbinger of future equations. It is becoming clear that Mamata Banerjee is making political moves strategically with the aim of the 2024 elections alone, along with increasing her strength in the upcoming presidential elections. 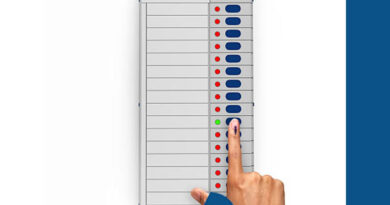 Another Election Campaign in Andhra Pradesh as a Kuppam Target !

Letter to the whole authorities that Rakul will not come in the drugs case: Rejected officers? 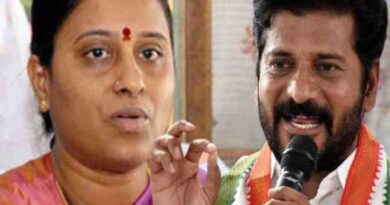 That candidate is for HUZURABAD because Revanth is calculated !!