Superstar Mahesh Babu has been maintaining stardom in the Telugu film industry for a long time with his amazing acting and impressive looks. Introduced as a hero to carry on the legacy of Krishna. He has been entertaining with his own films from the beginning. With this, he received many successes and also gained the admiration of a few crores of people.

He has been in full form, hitting consecutive hits in recent times. With this, he is significantly increasing the market for cinema. In this context, the latest news has come out that Mohan Babu is going to meet Mahesh Babu.

From ‘Bharat Ane Nenu’ with Koratala Siva to ‘Maharshi’ and ‘Sarileru Nikevvaru’ respectively, he took into account huge successes. He also received a hat trick. Also, Mahesh broke many records.

He is currently working on a film titled ‘Sarkaru Vari Pata’. In this movie, the great Kirti Suresh is playing the role of the heroine. The film is being produced by Mahesh himself in association with Maitree Movie Makers and 14 Reels Entertainments. Thaman composes the music. The shooting of this movie is up to 60 percent complete.

With that director for the third time

Mahesh Babu is keeping a close eye on future projects. It is in this context that he is going to make a film with the word magician Trivikram Srinivas soon. The film is being produced by Radhakrishna under the banner of Harika Hasini Creations. With the movie coming out in their combo almost 11 years later, the expectations on it have been on a huge scale.

Mahesh Babu’s film with Trivikram Srinivas is yet to start. But this did not happen as the government was delaying the shooting of their song. Meanwhile, Mahesh Babu recently underwent knee surgery. After that he had a corona infection. This changed his entire shooting plans. With this it is going to be even more late.

Trivikram is going ahead with a plan for his upcoming film with Mahesh Babu. It has been reported that Guruji has already prepared a full script with a dialogue version for the movie. Not only that, Thaman is also ready to do some songs. It is learned that the pre-production has been completed and now the focus is on the selection of actors.

There is a lot of news going viral about the actors who will be sharing the screen space with Mahesh Babu in this movie which is going to be very ambitious in Mahesh Babu’s career. Many names came to the screen in this order. According to the latest information .. Tollywood Senior Hero Collection is taking King Mohan Babu for this movie. Mohan Babu is going to play Mahesh Babu’s uncle in this movie, which is a very important role in the movie. That is why it seems that he immediately gave the green signal to act in it. An official announcement will be made soon. Deepika Padukone Comments that She Likes the Hero Personality in Tollywood ! 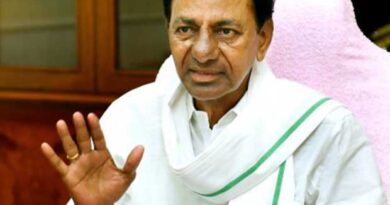 The heroine who told Trivikram that she could not do the movie for two days ..?