The matter of a meeting of some elders of the Kamma community with Junior NTR came to light a little late. About 8 Kammols who claim to be big men in that category .. met exclusively with NTR. For an hour and a half at length, it seems that Vail talked about many things.

What is the topic of discussion ..?

The mention of castes has been well heard in recent AP politics. Pawan Kalyan is trying to unite all the Kapus, while at the same time speaking insultingly of the Kapu leaders in the YCP. The farmer wants to increase his strength by the time of the next election so that he can at least win where he is contesting.

On the other hand, even in the film industry, the affair has turned into Kamma vs Kapu . Prakash Raj is contesting the Movie Artists Association elections with the support of Manchu Vishnu and Kapula as Kammavari’s representative. It seems that these two things came to the fore in a key meeting with NTR in this order.

At the same time the TDP affair also came to the fore. In addition to the grandfather, the party founded by the grandfather is well liked by the Junior. However, he distanced himself from Chandrababu for the sole reason that he was abandoned.

His own sister contested the Telangana Assembly elections but did not even look that way. But now the TDP needs NTR well. The party situation is worse. At this stage, it seems that the issue of what would happen if NTR TDP took the reins also came up for discussion.

Whose embassy is this actually?

NTR has so far come out nowhere as it has run caste based affairs. That is not to say that they are not fond of any caste. It is said that the unity among the Kammawars increased further after Jagan came to power in the state.

With this, naturally, many people are trying to get closer by saying that word to NTR. It seems that this meeting was part of that. However, it is said that there was no ambassador for this and all the elders came to Tarak thinking of a word.

Is NTR an attempt to change the mind ..?

NTR stays away from politics. At least in the case of cinema, there is no pre-existing aggression. Behaving completely down to earth. NTR now has great clarity on who is who and who is not. That is why, despite his admiration for his grandfather, he completely distanced himself from the party founded by his grandfather. It is said that the meeting was held to bring this distance closer.

Butchayya Chowdhury, who wanted to say goodbye to TDP, also spoke strongly about bringing NTR into the party. Despite all such dealings, NTR seems to be on the mend. Now an attempt is being made to bring him into motion.

Even if NTR changes his mind now and starts campaigning on behalf of TDP .. even if the party benefits from him .. everyone knows very well what will happen in the end. NTR is used, Lokesh is beautified .. the same thing happened. That is why now the argument is starting that Chandrababu should stay away if TDP is to recover. Will you combine NTR with Babu in that calculation ..? Or bring the NTR to the screen and smoke the babu.

Overall, the Kamma elders’ meeting with NTR became a hot topic in the AP. When all the calculations of caste politics are fully screened in it .. Kamma elders think that NTR is better than Chandrababu as their representative. But once upon a time Tarak was not excited now.

No matter how provocative he is, he is unlikely to be provoked. There is no doubt that Chandrababu’s political downfall will be complete if he is really provoked. 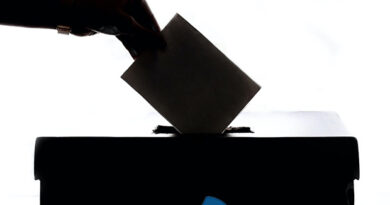 Eesha Rebba: Telugu actresses who showed their beauty in a swimsuit! Cooking oil prices as never before … What is the government doing to reduce?