Janasena party political affairs committee chairman Nadendla Manohar was furious with the AP government over various issues in the state. Those in power are thirsting for sand. The devastation created by the shortage of artificial sand is flagged as a tragedy in green families.

Huge loss due to sand mafia:

Nadendla Manohar said that exploitation has increased due to the involvement of politicians in the Nadendla sand mafia. He said no leader of the ruling party had the moral courage to say that the disaster was due to nature. On Wednesday, he visited the medical camp set up by the Janasena Party Doctors Cell in Eguvamandapalli village in Kadapa district, which was badly damaged by the floods that broke the Annamayya dam. Floods in Mandapally village have claimed 12 lives and destroyed dozens of houses. Hundreds of cattle were washed away. Nadendla Manohar spoke during a visit to the village.

If the people are in danger will the ministers and MLAs appear?

Authorities provided information to the public of late. Who would have cared if they had been alerted two or three days earlier. The loss of so many lives would not have come about. Such situations are compounded by the actions of politicians who seek to extort money. All people should take note of that. The Chief Minister is putting ministers and MLAs in charge in villages and towns for small by-elections, terrorizing the people by staying and frying too many votes. And why does not a single minister stay in the villages when the people are in danger? Why don’t legislators come to these areas and turn around. The people voted for good government, in the belief that it would provide governance. Did not look at the bureaucracy and vote. It seems strange looking at their business style in government right now. They have suffered so much because of the moves they have made for their business. The Chief Minister has not visited his home district till date. Nadendla Manohar commented that people are waiting for a reassuring leader.

Janasena moved on the orders of Pawan Kalyan

For our part, a medical camp was set up in Mandapally village on the instructions of Pawan Kalyan on behalf of the Janasena Party. The camp was set up by the Party Doctors Cell. Doctors have come forward to provide medicines as well as medical services. On behalf of Pawan Kalyan, we are also providing essential items and some financial assistance. Our party leaders from all districts are coming forward to reassure us about the service programs going on here. Whose side are they sending help to. Thank you to all the donors on behalf of Pawan Kalyan. Many young people and soldiers were rescued even at midnight during the floods. Congratulations to them. Nadendla said no political party in the country has undertaken service programs at this level. Janasena party leaders Dr Pasupuleti Hariprasad, Pedapudi Vijay Kumar, Tatamsetti Nagendra, Mukaram Chand, Sunkara Srinivas, Dr Bonasi Venkata Subbayya, Malishetti Venkataramana, Akepati Subhashini, Chengari Sivaprasad, Janasena Doctors Cell Chairman Dr Boddepalli Raghu, Vice Chairman Dr Gautam, Dr. D. Reddy Prasad, Dr. V. Reddy Prasad, Dr. Subbareddy and others participated.

Why such a CM?

Nadendla Manohar, chairman of the Janasena party’s political affairs committee, said it was unfortunate that the chief minister had conducted an aerial survey under the Tutu mantra if the displaced people who lost everything in the Nadendla floods and heavy rains were still alive. He questioned why the Chief Minister could not visit his own district when it was difficult. How about getting in the helicopter and going back and sitting somewhere and gossiping. The Chief Minister himself visited the affected villages and assured them of immediate assistance from the government. Manohar on Wednesday toured areas affected by heavy rains and floods in Kadapa district. Victims were visited at Togurupeta in the Nandalur zone, which was flooded in the lower reaches of the Annamayya Dam.

Do those who criticize the opposition respond to the suffering of the people?

Despite the big talk that the CM has a budget of lakhs of crores, he cannot tour his own district. Could the situation be worse than this? Village after village was washed away. Houses and temples were washed away, roads, trees and livestock were lost. The farms are gone. No medical facilities for at least four days. So far the power supply to the villages has not even been restored. It looks like a sack that is enclosed with a drawstring. From Kadapa there is a Chief Minister, a Deputy Chief Minister and, above all, a Ministerial Government Adviser. Opposition groups called for a boycott of the assembly. Why don’t you come if people get stuck. Why are you not talking? Did people vote for the Collector, Ardevo? The people voted to bless and bless Sri Jagan Reddy as his own son who would provide good governance. It would be very painful to behave like this if 151 seats are tied. The house was washed away and the women were in a very embarrassing situation. Revenue officials do not know what happened. 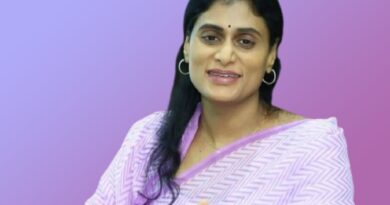 Nomination with a thousand people in Huzurabad .. This is Sharmila’s strategy! 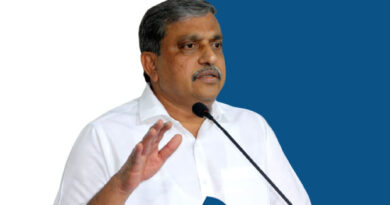 Sajjala Ramakrishna: People should get used to power cuts! 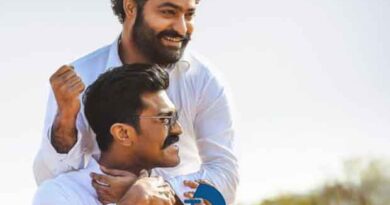 The R&R team that started the final song shoot