Chief Minister Jagan Mohan Reddy has made two excellent decisions for the vaccine. One was a decision to avoid a crowded queue line near the vaccine center. That is, vaccine slips are given at home. Officers were ordered to exercise restraint on what. Will not be available for two to three days due to vaccine shortage. It was ordered to do this exercise again before the start of the vaccination session. He was told to give a report on what would happen in practice. However, the center place, day and time of the vaccine slip are clearly written on it. The CM hopes to bring the whole situation under control as such. The government considers this to be a good decision.

The other is that the CM has decided to set up chairs for everyone to sit in the vaccine center and make them comfortable in the shade. The vaccination process should be seen as a good decision.

The government reveals the details of the vaccine in and outflow, and there have been political controversies and criticisms with the opposition over the distribution of his vaccine.

The government, however, is very serious about vaccination. Experts say the vaccination process alone plays a major role in controlling Covid. In this context the CM was included with the officers. Want to find another solution for something. He asked the officials to work out what would happen if a global tendering process was done for it.

Can we go for global tendering and make purchases for the vaccine? If we do this with the permission of the Central Government, we will have a chance to know which vaccines will come to us and how many will be available. CM Said to officers to work out on that.

So far we have received only 73,49,960 doses covishield come and get 60, 60, 400 only Covaxin 12,89 560 came, and 13, 30 000 vaccines were ordered. We still need six crores vaccine doses. The Chief Minister has directed the authorities to look into the possibility of going for global tendering if we want these six crore doses. So how far can we go for global tendering, if so, what vaccines will we get, whether the central government will approve it or what kind of word we need to think about? So far the vaccination is under the control of the Central Government. So the states have no powers and it is hoped that the vaccination process will be much faster if we go for this model Is Jagan’s decision to avoid senior ministers an adventure? 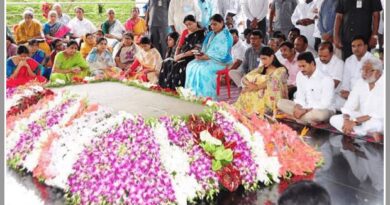 Rajamouli – Star Hero as the Villain in Mahesh Movie: Another Pan India Movie!