The arrival of the 5G network that can increase the high speed internet bandwidth in the country is creating a stir in our country. Netizens, especially on social media, are demanding 5G. Posts allege that the spread of the corona has increased rapidly due to these new technology trials last month. There is propaganda that changing new equipment on the towers for this new technology will increase the radiation thereby reducing the immunity in humans and thus infecting the corona. So there is no specific basis for this.

Explanation on Department of Telecommunication

Dot (Department of Telecommunication) has released an explanation on this matter. Netizens have been spreading false audio messages on social media about the matter. If required, all the information about the 5G network is on their portal. He made it clear that the country was being undermined only after studying everything scientifically. However, dot clarified that there is no 5G network testing anywhere in the country. With this single explanation the criticism that the corona is growing due to the 5G network seems to have proved meaningless.

He said that due to the network to be introduced in the country, very low energy waves would be emitted from the towers and they would not be able to affect the living cells of any organism other than human beings. Last month, dot allowed telecom service providers to manage trails. The United Nations has dismissed a campaign on social media claiming that 5G technology could help transmit the corona virus from one person to another.

Videos of towers burning in Covid 19 in the Birmingham Mercedes area of ​​Britain have been widely circulated on social media as causing 5G to spread. These videos are being shared from verified accounts with millions of followers on face book You Tube Instagram. Scientists are refuting claims that Covid 19 is related to 5G technologies, saying that it is biologically impossible.

Veteran Bollywood heroine Juhi Chawla has filed a petition in the Delhi High Court against 5G technology. Along with her, two others, Veeresh Malik and Teena Vachani, have filed a petition in the High Court. The court was asked to direct government agencies to conduct research on how safe 5G is for health. The petitioners demanded that the government agencies should look into the influence of any private company individuals. The nearly 5,000-page e-petition includes the Department of Telecommunications, the Science and Engineering Research Board, the Indian Council of Medical Research, the Central Pollution Control Board, several government agencies, some universities and some health organizations.

“We want to stop 5g until the government confirms that there are serious dangers posed by such technology and that there is no danger to the citizens,” Juhi chawla said. In fact her fight started 10 years ago. She alleges that the colonies near the mobile towers have been exposed to radiation and that people are suffering from health problems. According to a report published in 2011, Juhi Chawla, who lives in Malabar Hill, expressed concern that her health was being damaged by mobile towers 40 meters from her home. In his petition, Juhi, an IIT professor from Mumbai, who researched the radiation emitted by the 16 cell phone towers on the Sahyadri guest house, said a large part of the house was unsafe. Her anxiety increased further after the report came out.

The 5G cellular network is located in many parts of the world. There is also a trail run in India. 5G increases internet speed. This is considered to be a revolutionary change in the field of internet. This is because of the convenience of driving cars without a driver through Tele-surgery and artificial intelligence. However, there is concern that the radiation exposure will increase due to the infrastructure being set up for 5G not only in our country but also in many countries around the world due to the myths surrounding tower radiation.

WHO has denied the report given by Agency

Like the cell phone technology that exists so far, the 5G network also carries the radio wave signal medium between the cell towed cell. Any electromagnetic wave is embedded in any of the electronic signals. This magnetic wave magnitude percentage is higher in 5G technology. It can provide internet facility to more mobiles with higher speed. 5G technology requires more transmitters compared to the old network. They are very close to a month. In 2014, the WHO revealed that there was no evidence of any adverse effects on 5G phone use in countries where it was still in use. The WHO has denied reports by the International Agency for Research that corona can pose a threat to humans due to electromagnetic waves coming from mobile phones. There is no conclusive evidence that this is the case. No matter how many cases, there is a call to take the future-to-date program to every home! 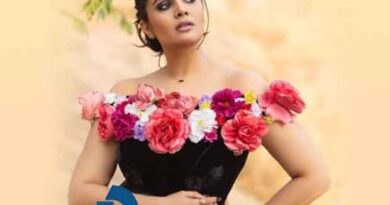