Election commission begins again in Telangana. With the MLA quota as well as the local body MLC elections looming, the political debate is in full swing. Hopefuls hoping for an EMLC post .. All the leaders are waiting for the KCR decision. He is making rounds information that KCR has already decided the names of the candidates for the MLA quota MLC election. Now his focus is on the local body MLC elections. But will his own Kalvakuntla Kavitha also be ready to compete under this quota? That has now become of interest in the political arena.

Will the MLC title for poetry this time fall in the Governor’s quota or in the quota of local bodies? All of that is exciting. The term of office of Nimazabad’s Lalita MLC in the Governor’s Quota has come to an end. The term of the poetic emcee ends with January 4th. Notification will be issued soon for the election to the MLC seats of 12 local bodies already combined with that position. The Electoral Code has already come into force.

The Kavitha that won as an MP in the 2014 Lok Sabha elections .. In 2019, it was defeated by BJP candidate Arvind. With this she stayed away from politics for a while. But Bhupathi Reddy, who is the MLC of local bodies, became the party and lost that position. This led to a by-election for that position. The Kavitha who won that by-election on October 9, 2020, began to spin the wheel of politics again.

Now the Kavitha period ends next year on January 4th. Earlier, it was rumored that she would be made an emcee in the governor’s quota. Comments were heard that the Kavitha from Nizamabad would replace her with a poem as the term of office of Lalita Lalita, who had been made MLC in that quota, was coming to an end. But now that the local bodies’ MLC election is in full swing, she is expected to enter the ring under this quota. What if MLC kicks in the governor’s quota? That is why it seems that the poet is inclined to go down and win the election.

On the other hand, former minister Mandava Venkateshwara Rao, former MLC Narsireddy, Gangareddy, who has served as TRS district president for 20 years, and minority leader Mujeeb Taditaru are reportedly interested in contesting for the MLC seat in Nizamabad. In this context, it has become interesting to see what kind of decision KCR will take. 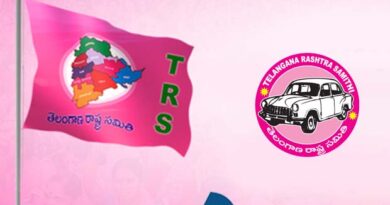