Liger, starring Angry Young Man Vijay Devarakonda, is raising huge expectations ahead of its release. The movie, which is already slated for release, has been delayed due to coronavirus. The contents of the film are of great interest to the audience. Director Puri Jagannath is currently shooting key scenes for the film in Goa. However, the news that Mike Tyson is going to act in this movie is circulating in Phillaur. Going into those details.

In the past, when Arjun Reddy remade a film in Hindi, he had the opportunity to enter Bollywood. However, he withdrew from the film with the intention of not acting in remake films. After that, Shahid Kapoor starrer Kabir Singh was remade in Hindi and became a smash hit.

However, Vijay Devarakonda is currently making his Bollywood debut with the film Liger. Produced by Puri Jagannath, Charmi and Karan Johar, the film was shot in Mumbai. The release has also been postponed due to the suspension of film shooting due to Kovid. The film has recently started shooting in Goa. Key scenes of the film are being shot on Vijaya Devarakonda in Goa.

The Liger movie is set against the backdrop of a boxing story. For this film, Vijay Devarakonda along with the six-pack has been heavily muscled. Vijay Devarakonda is all set to play the role of a boxer. However, it is reported that director Puri Jagannath is casting Mike Tyson in the film.

With the Mike Tyson entry?

Meanwhile, it has come out that Mike Tyson will be making an entry before the pre-climax in the Liger movie as per the story demand. It is interesting to note that Mike Tyson made an entry in a key episode of Vijay Devarakonda to take the story to another level. However the film unit is keeping this matter a secret. However the fans are preparing to reveal this to thrill them.

Vijay Devarakonda plays an MMA fighter who is the most popular boxer in Thailand. Fights and action episodes of the film will soon be shot in Goa on Mike Tyson and Vijay Devarakonda. The film is being made in Hindi, Telugu, Tamil, Malayalam and Kannada and stars Ananya Pandey, Ramyakrishna, Ronit Roy and Makrand Deshpande. Who is Vijaya Gadde ..? Why did Elon Musk Target Her? 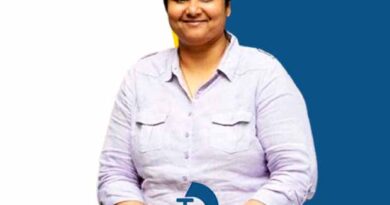 Nandini Reddy’s new film is all about Manchi Sekunam Le…