The much-anticipated Huzurabad by-election across the state will begin in a few hours. Polling will take place from Saturday morning. The Election Commission has said that all arrangements for the by-election have been completed. Corona rules will be followed. Moreover, the polling will be held amid heavy security.

Huzurabad constituency has two municipalities, 5 zones and 106 gram panchayats. As never before, 30 candidates are in the fray. Polling will be held on Saturday from 7 a.m. to 7 p.m. In the last half hour the corona victims were given a chance.

Authorities have set up 306 polling stations in Huzurabad constituency. Special forces were deployed to identify 107 trouble spots based on past incidents. Authorities enforcing Section 144 in Huzurabad constituency have set up tight police security. Huzurabad constituency has 19 lakh 102 lakh women and 17 thousand 993 lakh men. Staff have already reached the centers with polling equipment. A total of 421 control units, 891 ballot units and 515 vivi pats are being used for the by-election. A total of 1715 staff are employed. Solar lights were installed along with electricity and measures were taken to ensure no disruption to polling.

172 were identified as problematic and 63 as highly problematic and additional security personnel were deployed. District Collector RV Karnan said the situation would be reviewed from time to time through live webcasting at 306 polling stations. The counting of votes will take place on November 2 at SRR College in Karimnagar.

The turnout was 84.42 per cent in the last election. This time it seems that more votes will be cast. Because the number of voters has increased by 27 thousand more than in the past. The parties are also expected to increase their voting percentage by campaigning on a large scale. State Election Commission chief Shashank Goyal called on the people to make all arrangements for the by-elections and for everyone to exercise their right to vote. 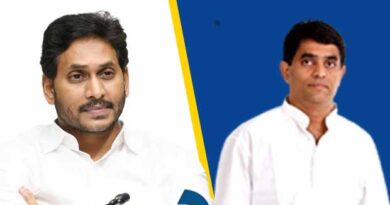 Shock to two deputy CMs in AP – change Ministries – why..! Prabhas to have romance with Vani Kapoor?