The heroine is all set to take on challenging roles. Various characters are trying to look new as never before. Some are succeeding well in this regard. But some are being badmouthed by the efforts. Analysts say the latter is now happening in the case of Deepika Padukone.

From the beginning of her career, Deepika also grew up choosing diverse roles. Among them are historical films like Padmavat and Bajirao Mastani. The roles she played in these enhanced her respect. Compliments were heaped on her as the queen character brought sophistication. That image was also the reason for selecting her as a partner for a pan-India star like Prabhas in a big film like Project K, a director with a vision like Nag Ashwin.

Such a Deepika shocked everyone at once with the film ‘Gehraiya’. After watching the recently released movie trailer, the votes of the people are gone. Deepika in short dresses and two piece bikinis made her eyes wide open .. She also appeared in intimate scenes and made me wonder. Before forgetting, a song from the movie was released today. Everyone is gagging when they see this. Deepika is being trolled immensely as the song is full of lipsticks and hot scenes.

In this film, Deepika played the role of a married woman. She will not be happy in married life. In it, he meets his cousin Ananyapande Lover Siddhant Chaturvedi. Falling in love with him crosses all boundaries. These are the scenes that show their relationship. In fact, Tapsee did a similar role in ‘Haseen Dilruba’. Unable to adjust to her husband, she becomes involved with others.

But in the case of Tapsi, the people did not react so much. Because her whole movie is seen in sarees and chudidars. Although there are some hot scenes, they are limited to a trend instance. The rest of the film is emotional. But netizens are critical that Deepika seems to have crossed the line from dressing to scenes and that she is also Ranveer’s wife. Why are you doing this, is directly questioning whether your level is necessary. What are the reactions after watching the movie on February 11? Then Jagan- now Chandrababu- Reason Behind the Assembly Boycott Decision? 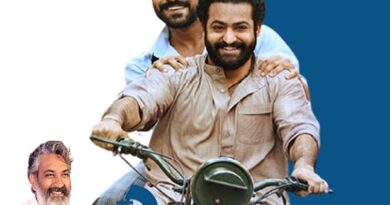