AP Chief Minister Jagan is moving fast with the aim of regaining power in the coming elections. Part of it is trying to get closer to them by giving them priority in terms of social groups so far. Now it seems to be moving in the same direction, region by region. The government, which has recently withdrawn three capital bills, has announced that it will further table the bill in the House. At the same time, as the bill is likely to take more time, it is believed that work is underway to set up regional development boards first.

Thoughts in the past activity now

Though thought of this in the past the three capitals were put aside as implications arose over the affair. The Jagan government, which now says development in all areas is its policy, is working towards that. Soon four regional development boards will be set up for 13 districts. As part of that .. Visakhapatnam Center is going to form a council for the three districts of Uttaranchal. Similarly, Rajahmundry is expected to set up another council for Krishna districts along with the dual Godavari districts.

Guntur..Prakasham..Nellore Districts Regional Development Council is finalizing information that Ongole will be the center. It is credible information that it has already been decided to set up another council with Kurnool as the center for the Seema districts. The council governing bodies are being formed in such a way that all the development affairs in those districts are handled by these councils. It will give the status of chairman to a local senior leader. The Secretary is expected to assign responsibilities to the IAS.

Together with the political leader and officials

Through this, these regional councils will function under the supervision of political officials. These members include local public representatives. The boards will travel to various locations, mainly on the basis of resource opportunities available in their respective areas, and work with the state government to create investment in their areas. At the same time, they say that the first goal is to create job and employment opportunities by adapting to the specific conditions in their area.

There seems to be an exercise going on on how the allocation of funds to these boards should be. The government will clarify what will be done to all areas without neglecting any district. Meanwhile, political curiosity began as to who would get the chance to chair the board. It remains to be seen whether the current cabinet reshuffle will take place in the wake of the news of the cabinet expansion, handing over these responsibilities to any of them or giving priority to those who deserve the posts. However, it seems that the government intends to set up these boards as soon as possible.

Let the effect be seen in Amravati too

As part of this, it is reported that half of the stalled buildings in Amravati are also expected to be completed. This is in response to criticism that the Jagan government has so far completely neglected development. It is likely that the government will finalize the formation of these regional councils, their policies and responsibilities by the end of December. 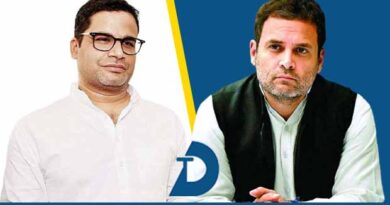