Unpredictable the people of Huzurabad crowned Etela Rajender, who switched from the ruling party to the opposition. Won over TRS by a margin of thousands of votes the election as TRS vs. BJP is an unacceptable situation. This election went as KCR vs. Eitala said. Many attempts have been made by the ruling party to ensure that the party does not win under any circumstances. In Huzurabad, all party leaders joined the TRS scarf-covered party. Former Congress candidate Kaushik Reddy has covered many local leaders, including L Ramana from the TDP, with pink scarves. Positions announced.

Despite declaring Gell Srinivas as the party’s candidate, Minister Harish Rao has taken full responsibility. He campaigned as if he was a candidate. Janareddy lost in Nagarjuna Sagar. Brought the Dalitbandhu scheme It has been repeatedly said that it is not for Huzurabad. But, the BJP also won in the village where the scheme was implemented. Etela, who has won six times in Huzurabad since 2001, won if KCR gave him a chance. But, this time he competed on his own and won. TRS has been campaigning since he joined the BJP. Rajender slept with the people of his constituency who have won him MLA six times.

Explained his situation asked to win one more time explaining about the power of the ruling party he changed the party, his personal contacts among the people what he has done for them the people of that constituency also stood by the yards who kept believing that they would stand firm if needed. TRS leaders have been saying that victory in Huzurabad is a foregone conclusion. However, Rajender did not give up his fight. He said that even if all the assets were lost, there would be no surrender. Rajender was personally targeted and accused. In terms of the party, the BJP has been criticized.

Ministers and MLAs entered the field. Meanwhile, leaders from the BJP have also campaigned. But, political analysts say that it is more correct that Etela Rajender won than the BJP there. BJP leaders have been at the forefront of campaigning for a fight between arrogance and self-respect. Here, however, the votes came in to cast doubt on whether Congress was in actual competition. Counting trends make it clear that the Congress votes also went to Rajender Kay. Again, TRS leads in the postal ballot. After that Rajender continued to dominate from the first round to the 22nd round. In the eighth round, Etela trailed once in the Veenavanka zone. However, TRS candidate Gellu Srinu in that constituency also got the upper hand in his hometown.

Entering the Legislative Assembly for the seventh time Etela Rajender is now entering the Legislative Assembly for the seventh time by winning. The victory gives a new impetus to the BJP after Raghunandan Rao’s victory in the Dubaka elections. Personally it was a win-win situation. Analysts say it was Etela’s victory over KCR. Meanwhile, Rajender has to fight against the KCR government as an assembly platform. With this, now the leverage of the BJP will also increase. The national leadership also won to recognize the pitfalls. With this, it seems certain that new political equations will emerge on the screen in Telangana through this result. 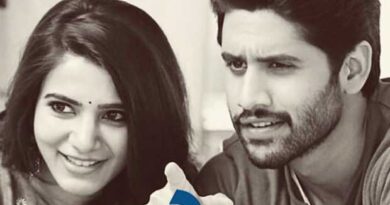 Today is special for both of them: Samantha Tears – Sam Chay Photos Viral! Priyanka Chopra Nick-Jonas What is the Real Truth of Divorce?