Tollywood celebrities are meeting the heads of the AP government in a row. Famous hero Nagarjuna attended a lunch meeting with him at the Chief Minister’s residence. Sources in the CMO said that Nagarjuna was talking about personal issues as the campaign discussed film industry issues. Nagarjuna also said that CM Jagan came and met him as a benefactor. Within 24 hours of this ending, it was a priority for the cine celebrities to meet Minister Pani Nani today.

During the controversy over Pawan Kalyan vs Government, Dil Raj along with some producers met Bandulo Perni Nani. It has nothing to do with anyone’s comments. He said that the film industry wants good relations with the AP government. After that the same team went and met Pawan Kalyan. Minister Nani was met by Dil Raju, Bunny Vasu, Vamsi, Alankar Prasad and many others. It seems that in yesterday’s cabinet there was a discussion for an amendment to the Cinematograph Act on the issue of selling movie tickets online.

The AP government has decided to sell movie tickets online. Information that cine celebrities who have discussed technical aspects in the online ticketing business have proposed some suggestions to the minister. Covid seems to have appealed to the government to look into the issue of waiver of electricity fixed charges for cinema theaters during the period. Theater owners are demanding that the government abolish the discoms due to heavy fines.

Did they ask for amendments?

It seems that the matter has been discussed with the Minister. However, after the meeting, Dil Raju said that he had asked for some information from the government. However, what became of the megastar Chiranjeevi who mentioned the original negotiating proposals and issues at the Chief Minister. Now the debate has begun as to why he is not participating in these discussions anywhere. Even after Pawan Kalyan made comments on the government, Chiranjeevi phoned and spoke to Nani on behalf of the minister.

Chiranjeevi’s intervention has stalled but, as Dil Raj is reportedly focusing mainly on the issue of producers as well as distributors’ issues. The industry took a breather as cinema halls opened with one hundred percent occupancy in AP. Meanwhile, the Chinese adults want to give them some leeway in terms of taxes and electricity bills due to the hardships they faced during the corona. However, Nani had earlier called the minister on behalf of Chiranjeevi and said that the CM was ready to discuss the issues of the film industry and that a meeting would be held soon.

The Dil Raj team is now meeting the minister Perni Nani for the third time in a row. With this, the discussion on what the real Tollywood wants and what the AP government is doing is becoming a hot topic in political circles. So another debate is becoming interesting as to why Chiranjeevi, who was active during the negotiations with the government for a solution to the film industry in the past, remains silent. 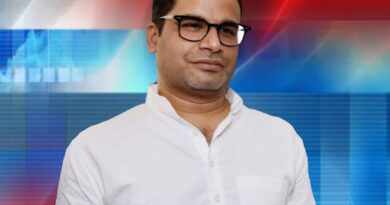 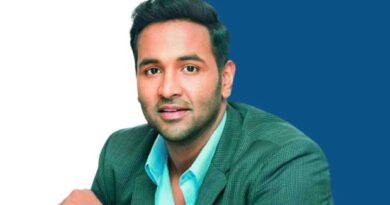 Chiranjeevi vote is for me-Manchu Vishnu?