Experts say the second wave of the corona has had an impact on the country’s economy. How are the economic signals? Business Resumption Index as well as Mobility Index, How Diesel, Two Wheel Sales Fall Railway Passenger Revenue Railway Frit Revenue, Cargo reduced.

Now the latest SBI India Finance Department Chief Economic Adviser soumya kanti ghosh team has calculated the latest economic loss. Their estimate is that GDP will fall; ZP Morgan also said that GDP will decline, SB says GDP was projected to be 11% earlier but will not be as high as 21-22 FYL GDP10.4% growth rate. We are clutching from the base so percentage is much more us feels. These are the ones whose GDP is declining 1.5 lacks Cr loss Indian economy Assessed

What is the reason is that locally there is lockdown, restriction is imposed, and the mobility of the people is reduced. The Google Workplace Mobility Index, the Google Retail and Recreation Index, and the Apple Driving Index all show very clearly that public mobility is declining. So this is going to cost the economy billions. However, the damage did not spread across the country, Mainly Maharashtra, Rajasthan and Madhya Pradesh have 80% loss. In these 3state Vastly Maharashtra portion

Immigrants have experience in the first wave, those who do not comply, have suffered a lot. Remembering this experience the first wave covid19 of lock down, they are going to lock down. Migrant workers are the foundation of the country’s manufacturing sector in India. Without migrant labor, work in India would not be possible. In the manufacturing sector in Maharashtra, migrant labor is high, SBI estimates whether this situation will last forever, because the second quarter may get effect as mainly. I.e. July August September these three months and first quarter April May June get effect. These two quarter that the condition may be normal if exceeded.

Why is it that the second wave is all sorts of predictions that epidemiologists say this second wave will drink to the end of June? Its impact September second wave effect may not be beyond the second quarter. Unless the third wave is the fourth wave comes again. The vaccine will gain momentum by June because Bharat Biotech Will Manufactures Ten core Vaccine will; the Serum also said they would increase their similarity by June. Sputnik vaccine is available in the market. Since the availability of the vaccine will increase by June that this trend can slow us down.

SBI expects Pent-up demand to improve when the second wave goes down along with that the Global economy growth Rate is good. China economy growth 18%, American economy they say it is better. Because of this to us exports scope increases. As the scope of exports grows, so does our economy. Hence the Second Wave Impact is temporary, but 1.5 cores will be. So there is no wash out compared to the first wave, because with the corona the adaptability has increased in us. So SBI did not even say what the future holds, it deepened on the pandemic curve That is, it depends on what the corona case looks like. Notices to the Center on Special Status? 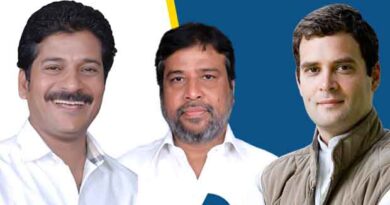 Will Rahul enter the Huzurabad sector? What is the Revanth strategy? 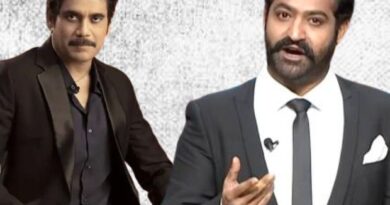 Junior NTR vs Nagarjuna: Who has more Josh opinion viral .. !!