CLP leader Bhatti Vikramarka welcomed the announcement by Telangana Chief Minister Chandravekhar Rao that the Telangana state government would provide compensation to farmers who were martyred in the recent peasant movement in Delhi. Bhatti Vikramarka demanded that justice be done to the families who were martyred in the Telangana practice as given to the martyred farmers in Delhi. Seven-and-a-half years after the formation of a separate state of Telangana, Bhatti lamented that Chief Minister Chandrasekhar Rao had not done justice to those families.

KCR, who went to war with Delhi

Bhatti Vikramarka reminded that all the parties had unanimously passed a joint resolution in the Assembly on June 14, 2014 that justice would be done to the 12 hundred martyrs who would germinate on the roads of the returning time. Bhatti recalled that CM Chandrasekhar Rao had completely forgotten his promise to provide jobs, Rs 10 lakh and double bedrooms to 1200 families who were martyred in the Telangana movement in the 2014s, including 369 martyrs who lost their lives in the first installment of the Telangana movement in 1969.

Should justice be done to the families of those who sacrificed their lives for the establishment of a CLP leader state to bring down this time? At? Chief Minister Chandrasekhar Rao wants Bhatti Vikramarka to reply. Chandrasekhar Rao said he was happy to go to war with the Center, but at the same time should not care about the agrarian problems of the state. Bhatti was incensed at the Chief Minister’s attitude that he was taking a U-turn when he met Amit Shah, protesting on the roads that he would fight against farmer laws.

The hardships of Telangana farmers are indescribable

Who cares, says that now is the war in Delhi and will meet Amit Shah again, and will you take your turn now too? He really questioned whether the Chief Minister would wage war. He said Chandrasekhar Rao was staying in Delhi to depose the central leaders and asked who should address the plight of farmers in the state. There are no grain buyers in the state and all the hand-picked crops are washed away in the rain on the roads. He questioned who was responsible for supporting the peasantry.

KCR talks should be held soon

However, Vikramarka Chandrasekhar Rao, who wants to reflect the interests of the state of Telangana, suggested that Chandrasekhar Rao should stand by his word and not take a U-turn when he meets Amit Shah. He warned that the Telangana community would not forgive him if he stayed in Delhi to spend time in a political pub without doing what the government was supposed to do. The CM says that the share of water has not been settled for seven and a half years and Chandrasekhar Rao has been elected for another seven years. Asked about the Congress party’s details on the projects, he said DPRs would not be given no matter how many assembly sessions were held. Apart from that, Bhatti Vikramarka  said that when Chandrasekhar Rao came to Telangana after the end of the war with Delhi, all the vines in the rocks were sprouting. Srikanth Tells the Secret of Ram Charan and Shankar Movies? 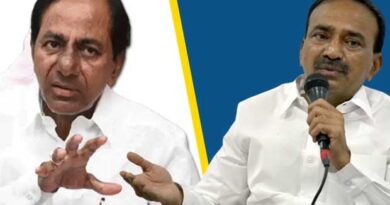 Back door campaigning is the key in Huzurabad?