AP Chief Minister Jagan took a crucial decision. Corona announced the decision to soothe the affected families. The decision to stay in government jobs and benefit the families who lost their lives due to the corona was ordered above. Government employees, who are literally blindfolded, have been ordered to give government jobs to deserving people in the families of teachers. It was clarified that the recruitment process should be completed by the end of next month.

The school education department had earlier issued orders to undertake compassionate appointments but the government policy was not implemented for pro-decision. Now with the decision of the CM, the jobs under the AP government those in the teacher families will get jobs through these compassionate appointments. At the same time the government has to decide on the arrears of benefits to be paid to the families of those who died due to Covid. Although not specifically mentioned for this the benefits due to government employees in service in the event of death will be implemented as usual.

Expectation for discussions on PRC

Meanwhile, AP government employees have been putting pressure on the government for a few days over their pending issues. Part of that is mainly things like PRC implementation CPS. Under these circumstances, government chiefs held talks with the JACs of the unions during the Dussehra festival. Government Adviser Sajjala Ramakrishnareddy announced that the PRC would resolve the issue by the end of this month. The government has informed that the chief secretary will hold a meeting with the unions on the 18th and 19th of this month and invite the unions to hold talks with them on the PRC.

For clarity on DA arrears

Employees are anxiously waiting for the call to come. With the Telangana government already announcing the PRC, the pressure from employees on the AP government is increasing. However, the AP government is reminded of the fact that 27 per cent of IRs were declared in the first days after they came to power. The government says it will resolve other service issues, including CPS, by the end of next month. Employees have three DAs in arrears. The arrears of the three freezing-DAs are to be paid. July 2018 and January 2019 DAs are due.

Guarantee of decision on PRC by the end of the month

The unions have demanded that the government address the issue of delays in paying pensions to pensioners due to the economic situation in AP. The government also agreed. From now on, salaries will be paid on the 1st. Meanwhile, the government is keeping a close eye on the PRC as 27 per cent IR is already being implemented. It is said that the delay is due to financial and administrative problems.

Negotiations with CS are just Clarity

Meanwhile, CS Sameer Sharma held a keynote meeting with the chief secretaries of all departments on the 21st of this month. It seems that the economic aspects of it all. With this, the union leaders are waiting for a call from the CS for talks, as the government has said. Meanwhile, there is growing pressure from employees on union leaders. With this being a holiday today, it is said that there is a possibility of talks with the unions on Wednesday-Thursday. According to union representatives, the new government will take steps to address the issue if it receives a formal invitation from the government. 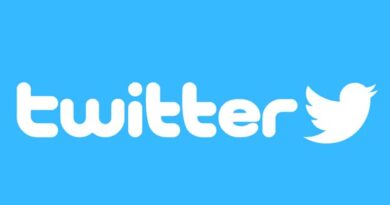 Delhi Police register FIR on Twitter… Will it be banned in India?