The winter session of Parliament will begin on the 29th of this month. AP Assembly meetings end today. Chief Minister Jagan is scheduled to meet party MPs at this time. In this, the CM will give direction to the party MPs mainly on how to deal with the Center in Parliament. Jagan has been the fourth largest party in the Lok Sabha since coming to power and has been cooperating with the Center. However, the YCP leaders were inwardly impatient with the lack of cooperation expected from the Center.

The CM had a key meeting with members of parliament

Meanwhile, at a recent Southern Regional Council meeting in Tirupati, Chief Minister Jagan addressed a number of issues related to the AP. Special status to AP .. Explained aspects of water projects along with issues like loan sanction revenue deficit. Union Home Minister Amit Shah responded. AP CM Jagan said that the issues mentioned were not related to the state but should be focused on at the national level as well. We will address these.

What is going on in Raghurama Raju episode

Now, Jagan is likely to suggest to his own MPs that even party MPs should address these issues again as a parliamentary center. In addition to the funds due from the Center to the State, the YCP hopes to address various issues in these meetings, including pending projects and non-implementation of the Separation Act. Meanwhile, party rebel MP Raghuram Raju has already repeatedly asked YCP MPs to disqualify the Lok Sabha speaker on the issue. On this the Speaker’s office issued notices to King Raghuram. Explanation requested.

Polavaram funds are the main focus

However, the speaker said that his disqualification petition was still pending during his visit to AP a few days ago. YCP MPs said that action would be taken against Raghuram Raju in the last meetings. But, there is still no action. With this, there seems to be a chance that YCP MPs will once again address the issue of action against Raghurama in these meetings. In the same way Polavaram seems to be focusing mainly on funding. CM Jagan also asked Amit Shah to accept the revised estimates.

Polavaram is likely to be further delayed if funds are not forthcoming from the Center. Jagan has already fixed the deadline to complete Polavaram during his reign. But, funding is becoming an issue. With this Polavaram funds, it seems likely that CM Jagan will direct the MPs on how to increase the revenue deficit debt ceiling. The meeting will take place this afternoon. 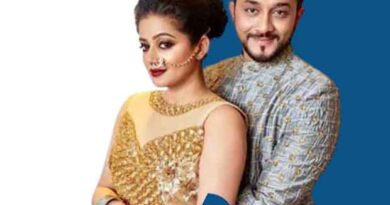 Priyamani Mustafa’s marriage is not legitimate? 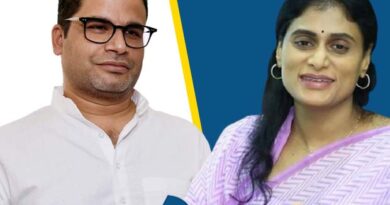 PK’s Strategy for Sharmila is to “Rewrite all Records” and the Hike Begins!