India has signed another key agreement with its longtime ally Russia. The Kalashnikov Series has struck a major deal with Russia to buy AK-203 rifles to boost its weapons system amid growing arms competition around the world and growing challenges in the country.

India and Russia today signed a key agreement on the acquisition of AK-203 assault rifles and protocols in collaboration with the Kalashnikov Series of Small Weapons Manufacturers. Prior to Prime Minister Narendra Modi’s meeting with Russian President Vladimir Putin, Rajnath Singh and Russian Defense Minister Sergei Shoigu signed an agreement with Indo-Russia Rifles Pvt Ltd to purchase more than six lakh AK-203 assault rifles. The deal comes in the wake of Modi’s meeting with Putin today.

Defense Minister Rajnath Singh also tweeted today thanking Russia for selling AK-203 rifles to India. He said they wholeheartedly appreciate Russia’s strong support for India. Rajnath said he hoped the cooperation between the two countries would bring peace, prosperity and stability to the entire region. He said he was happy to sign a number of agreements / contracts / protocols regarding small arms and military cooperation.

The Indo-Russian joint venture to manufacture AK203 Kalashnikov rifles at a manufacturing facility in Amethi, Uttar Pradesh, the Government of India has given final approval to the Rs 5,000 crore deal. The agreement was recently approved by the Cabinet Committee on Security Affairs (CCS) headed by Prime Minister Narendra Modi, just days after it was approved by the Defense Acquisition Council (DAC). This gave India a chance to strike a deal. Central government sources said the deal was necessary in view of the security challenges currently facing the Center. In the AP cabinet meeting – What is the decision of CM Jagan on the Chandrababu issue? 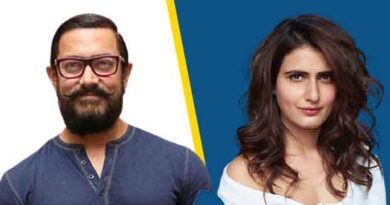 Fatima Sana Sheikh is cause for Amir and Kiran Rao Breakup?