The newly released Delta Plus variant raises new fears as the corona prevalence in the country declines. The fact that the Delta Plus is a faster-spreading feature than the Delta variant that boomed in the second wave raises fears. Doubts have been raised as to whether the current vaccine could prevent a new variant in the wake of the news that Delta Plus is likely to throw the claw in the third wave. In this sequence the center began a study on whether all three vaccines, including covaxin, could work on the Delta Plus type.

The debate over whether vaccines available in the country under any circumstances can prevent the Delta Plus variant is being offered in the country. The center is working to determine the extent to which vaccines work on Delta Plus. The Medical Research Council of India (ICMR) has launched NIV research on this new variant. Distributing to the citizens of the country

Researchers are still struggling to gather enough evidence before reaching the final conclusions about the vaccine. The NIV reveals that vaccinated citizens are being closely studied for antibodies. ICMR Director General Balaram Bhargava said tests on SARS Covid2 alpha beta gamma delta variants were effective on the covaxin covalent vaccine, adding that tests were also being conducted on Delta Plus.

The DeltaPlus variant, on the other hand, has been officially recognized in 11 countries and more than 200 cases have been reported so far. The virus has been detected in 48 cases in Bharat and has been detected in Maharashtra, Kerala, Madhya Pradesh, Andhra Pradesh, Punjab, Odisha, Rajasthan, Jammu and Kashmir and Karnataka. Huzurabad and Badvel end up campaigning today: Prestigious for BJP in these two places! 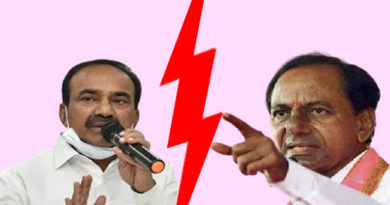 Janasena chief Pawan Kalyan to Visakha Steel: Is going to settle with BJP?