Being Viral on social media with this beautiful sleeveless top Anupama Parameswaran!

Anupama Parameswaran is a name that should not be introduced to Telugu movie lovers at all. This beauty has been entertaining the audience for a long time with her amazing acting and mesmerizing beauty. At the same time, the star image is also gaining momentum. Thus South India became very famous all over and received a huge following.

Anupama Parameswaran, who is always active on social media, occasionally hosts a beauty pageant. Has recently shared some bold photos in this order.

Anupama Parameswaran, who entered Telugu, acted in the movie ‘Premam’ during her school days. After that she acted in another film there. It was in this order that ‘Aa’ came into Telugu with the film. After that Naga Chaitanya became a heroine with ‘Premam’. Later she made films like ‘Unnadi Okate Zindagi’, ‘Hello Guru Premakosame’ and ‘Krishnarjuna Yuddham’.

That was a huge hit in the movie

Currently, there are very few films made by Anupama Parameswaran in Telugu. But, it gained good recognition. After ‘Aa’ she had a huge hit in her career with the movie ‘Rakshasudu’. With this, Telugu became busy again. Kerala Kutty is now starring in Nikhil ’18 Pages’ along with the movie ‘Rowdy Boys’. Along with these are a few more on the line.

Anupama Parameswaran has made films in all the languages ​​of the South. How did the name become famous in Telugu .. It has become popular in all languages ​​in the same way. She claiming many successes in this order. Recently had another success with ‘Kurup’. And now she is making a movie in Tamil called ‘Talli Pogate’.

Famous across the country

Anupama Parameswaran became famous all over the South as a heroine. At the same time it received recognition across the country in one respect. The news is that she is in love with Team India cricketer Boomera. The talk started when the two of them followed each other on social media. Again, they got a break when he got married.

Anupama Parameswaran has been very active on social media despite being busy getting offers in a row in recent times. Through this he is always in touch with the fans. Part of it is always giving something an update. Most importantly, she shares many things about herself and her career with her followers.

Even such things are loose

Anupama Parameswaran often shares her photos and videos as well. It also releases the occasional beauty pageant. Most importantly, Cleavage shares photos of the landing show. So this beauty continues to grow in popularity across the country. There is also a huge response to everything she shares. Anupama Parameswaran, who is always active on social media, recently shared some photos on Instagram. Of these, this beauty was seen wearing a sleeveless top and a small cloth underneath. As well as raising the arms abruptly. With this, her waist and navel beauties are making the viewers dream. This made them viral. 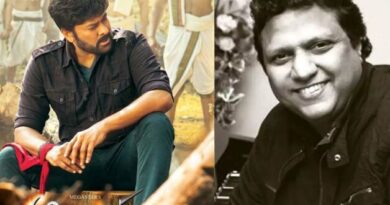