Washington: The case of the man who fitted the pig heart has taken place in America. Doctors fitted it to a 57-year-old patient who was on the verge of death. The surgery was declared successful. The operation was carried out three days ago. The patient was placed under observation. After 72 hours of observation, it was confirmed that there were no side effects and the heart was functioning normally. That surgery was declared a success.

As a historical event

This is considered by doctors to be a turning point in the ongoing research into the possibility of transplanting animal organs into humans to save their lives. Describing it as a historic event. The exchange of an urgent heart with a pig heart to keep a man alive is wonderfully described. It is said to be a revolutionary change in the medical field.

For a 57-year-old patient

It has been proven that the pig heart can be genetically modified into humans by making genetic changes. The surgery was performed at the University of Maryland in the United States. The doctors performed the surgery for about four hours. A 57-year-old patient named David Bennett was fitted with a pig heart. Twist being an experimentally undertaken surgery. The experiment was carried out on David Bennett, who had given up hope of survival.

Preparing for experiments on the body

David Bennett said doctors had already determined he would die if he did not have a heart transplant. He stated that he was ready to undergo a heart transplant. David Bennett said doctors at the University of Maryland School of Medicine had agreed to perform the experiments on his body and that he was ready for the operation after completing the entire procedure. A statement to this effect has been issued.

Dr. David Klaassen, who led the operation, said that the pig’s heart beats faster than the human heart, and that controlling it has become a major problem for them. It is said that the sugar particles in it were removed to control that speed. He said that by removing the sugar cells in the heart of the pig, the hyper fast organ was able to control the speed.

When there is no heart shortage

Dr. Muhammad Mohiuddin, Scientific Director of the Animal to Human Transplant Program at the University of Maryland, said the operation would not lead to a heart attack. He said that all the medical data related to this have been thoroughly studied. Claimed to have preserved it. He commented that the University of Maryland was considering incorporating this as a subject, which would take a long time. 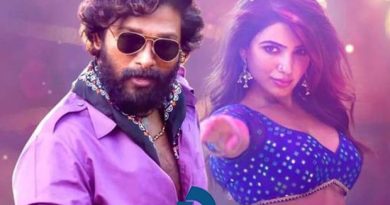 Samantha in Pushpa Movie ‘Oo Antawa Mawa’ a mixed reaction from fans of the song? YCP alleges that TDP is stopping schemes …! Is that what is happening?

Niddhi Agarwal live-in Relation with Star Hero: Who is the Soon to be Married Hero?